Cement or Concrete: What's the Difference?

Just one of the many new facts and concepts I've had to absorb these last two weeks, along with "what is slurry" and "what is a skid loader." And I'm learning all these new things at such a dizzying speed that sometimes when I leave the office I just sit in my car staring forward while my brain just turns off. It's a pleasant kind of numbness, though... like the fatigue after a good workout.

Incidentally: cement is an ingredient in concrete, concrete is made of cement and some kind of sand or stone or gravel, and cement cannot be used by itself but the words are frequently used interchangeably; slurry is a mixture of water and some kind of solid, which in the case of concrete is the liquid form that comes out of the concrete-mixer; and a skid loader is one of those shiny yellow machines one sees around construction sites, kind of like a big snow-shovel with a truck behind it.

So anyway, this work experience has been a bit of a surprise. After the first week, I finally understood how the accounting program works and what, exactly, it is that I'm entering into said program. The program is so old that it has to run in a virtual DOS environment, and the entire Accounts Payable/Accounts Recievable system is so byzantine and complicated by this elderly software that if they updated it they wouldn't need a second employee in the office.

But I have picked up the system at a pretty good speed, and they were so impressed that they asked me to stay for another month while they looked for a permanent employee to put in the job. They probably would have just given me the job if I'd indicated any desire to stay... but while I am enjoying the job to a certain extent, it's not what I want to do for the long term... all those straight guys, I just don't feel as comfortable as I'd like (there is a woman who works there, but I've only seen her once in two weeks; and if any of these guys is gay, he's so straight-acting that he might just as well be straight).

The downside of all this is that it's keeping me so busy, I hardly have any time to keep up with my communications... I'm stealing precious grooming time right now to write this, and I actually started writing it on Saturday and never finished. Though I sometimes have enough idle time at the office to read a blog or an email here or there, I really don't have the time to write anything.

So anyway, blog updates will be spotty for the next month... though not as spotty as they've been for the last month, I hope. And Worst Luck is starting to simmer a bit around the edges of my mind, I have great hopes that it'll come boiling over sometime pretty soon. Once I get used to this farm-hand sleep schedule (I actually go to bed at nine p.m. so I can be asleep by ten and get my eight hours in before I have to get up at 6), I hope to be able to make better use of my off-time.

Well, I have to be dashing... shower shave and shine! Have a super day, and I'll try to do the same. And thanks, guys, for sticking with me during this weird transition period... though I haven't been responding to your kind comments and emails, I do appreciate them. Love you! 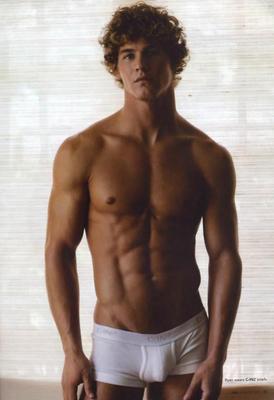 Posted by Robert Manners at 10:29 AM
Email ThisBlogThis!Share to TwitterShare to FacebookShare to Pinterest