Why Must Life Be So Time-Consuming?

The NaNoWriMo novel isn't going so well... I'm more than ten thousand words behind schedule, and the month is half over. I don't see how I can possibly catch up. I'm not going to admit defeat yet, but I don't believe I'm going to make the deadline.

I guess I underestimated how difficult it would be for me to plow ahead without thinking about what I've already written. I can't give up the fine-tuning of character development...I can't just say "Danny Vandervere is thus-and-so," I have to show how he got to be that way. And since this story is a prequel, the need to establish his identity becomes even more imperative... I have to make what the teenage Danny becomes conform to what the adult Danny already is (although I have, after a great deal of arguing with myself about it, changed his hair and eye color; brown hair and brown eyes can be shown to be beautiful in a photograph, but it doesn't come across in print as well as black hair and blue eyes).

But even more frustrating is simply finding the time in which to write. I can doodle at it, mostly in editing mode, during odd snatches of the day; but to really sit and write, I need hours of uninterrupted time with no chores, no errands, no sleepiness, nobody talking to me, and no TV. And such blocks of time are few and far between... I mean, between work and Grandmother and Caroline and my must-see-TV, I don't have a hell of a lot of just plain idle time.

And while I suppose I could give up my TV shows, I can't stop working, and that's a much larger block of time; Caroline could probably find something else to do with herself for the month, but Grandmother needs me to do certain things for her...basically, the time I save giving up the things I can give up won't amount to enough time to be worth the sacrifice.

But despite my shortcomings and disappointments, I am enjoying the hell out of this project. The development is incredibly satisfying, and the research and thinking-out of plot devices and the pondering choices in scenarios has been immensely fun... I feel more alive than I have in a while.

If you'd like to take a look at what I've got so far, I'm writing it in Google Docs, which has a nifty webpage publishing feature for sharing documents: The Math Teacher's Dead. 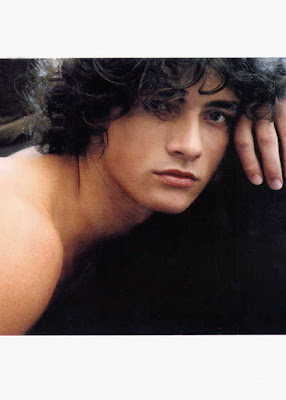 Posted by Robert Manners at 8:31 AM 0 comments
Email ThisBlogThis!Share to TwitterShare to FacebookShare to Pinterest

So after letting Worst Luck languish for two years, I suddenly decide to write another novel... a 50,000-word novel, to be specific, in exactly 30 days. Due to various malign influences at FaceBook and JUB, I was inspired to join the annual National Novel Writing Month event (better known as NaNoWriMo, though I'm not sure how that's pronounced) and squeeze out a tome of approximately 250 pages at high speed.

The challenge, and what makes this very attractive to me right now, is that you simply don't have time to edit; you have to just produce, word after word, paragraph after paragraph, to get it done in time. Editing has always been my weakness, I'm forever going back and tweaking and fixing. But with the NaNoWriMo, it's all output and no going back... the Devil Take The Hindmost School of Writing.

The rules are simple: start on November 1 and finish on or before November 30, all new writing and nothing you've already written, nothing plagiarized of course, and have fun. You can use plots and characters already developed, just so long as the writing is brand new. I can do that, right? I mean, I write lengthy screeds all the time, thousands of words squandered in status updates and message-board arguments; it doesn't matter if the story is good, what matters is achieving the output in the time alloted.

So I was waffling between creating a new plot and characters from scratch or else mine one of the ideas I've had for later Danny Vandervere stories, which would take place after the events of Worst Luck. In the end, and very nearly at the last minute, I decided to compromise and do a sort of prequel to Worst Luck... a story about Danny Vandervere when he was a high-school senior.

So the story is called The Math Teacher's Dead (get the Julie Brown reference? No? Too incidental?) and is set in the town of Vandervere, where Danny's family owns everthing as far as the eye can see, and most of the people too. The math teacher with whom he is having an affair is murdered, and Danny is the most likely suspect; his family position is keeping the police from sniffing in his direction, but Danny wants to find out what happened before the luck of his position runs out.

A pretty thin premise, and I have no outline and no ideas yet about the structure of the story. They'll just have to come to me as I write (like the title did after the fifth paragraph I pounded out this morning). And it's very exciting, making it up as I go along; it's also exciting checking my word-count: one must average 1667 words a day to hit the goal, and I had 2112 as of noon today.

Of course, I won't always have four-hour stretches of time to myself, so I'm going to have to carve out the moments where I can. And on weekends, I need to really bulk up on the words (I'm going to try to make it to 3000 before bed tonight) so that when I fall short on the weekdays I won't lose out on too much time.

Anyway, I'm really excited about this project, and will keep you updated...I notice that when I have a writing project going, I tend to write more in my other outlets. And though I am putting all of my FaceBook apps into hibernation, and will not be downloading any games or watching any more TV than my Must See shows, I have a feeling I'll want to check in here to keep you posted on my progress. (And BTW, I'm at 2500 words now and it's not even dinnertime).

Before I go back to the opus, though, here are some pix from my very festive Halloween... Caroline and I went to this nightclub she likes called Slide, and we had a really good time. And most importantly, I looked great:

And while we were sitting there, we met this lovely boy who hung out with us for a little while. I suppose you could say we chatted, but I could barely hear what anyone was saying, could barely hear myself think under that sound system; but his name is Marlin, I got that much, and he liked the movie Where the Wild Things Are. That and being cute as a bug's ass was enough for me. Oh, and guess what song was playing when he sat down with us? Michael Jackson's "P.Y.T. (Pretty Young Thing)"!

There were lots of other beautiful young people about, many of whom I wish I'd photographed... but I never like to draw attention to myself by snapping flash photos in a corner like an old letch (and I do not use "old" casually...there's a good chance I was the oldest person in that joint; there may have been a couple of contenders for older, but it would be a pretty close call).

Of particular entertainment was a gorgeous blond boy dressed as Max from Where the Wild Things Are (hence our even talking about the film, which incidentally I am completely uninterested in seeing despite Marlin's fervent recommendation). I learned later on that it was the boy's 24th birthday, and he was having a very off-the-hook evening, flashing his boxered fanny through the drop back of his wolf suit and even stripping the thing off his torso to give us a very nice view while dancing on the table; Caroline went to freak on him at the dance floor and express her appreciation, but up loomed the boy's girlfriend, who was dressed as Mr. Peanut (or rather Ms.) Said peanut didn't care for Caroline's moves, and inserted herself cane-first between them; Caroline, game and polite, smiled her regrets and came back to the table.

"Mr. Peanut salted your game," I said, hoping she'd see the joke, which I thought was a stitch.

"I know, did you see that?" she answered, not getting it.

"You got salted by a peanut," I said more pointedly.

"Mr. Peanut salted your game, you got salted by a peanut... get it?"

She got it, and we had a good laugh about it...and she told me I have to blog about it. So here I am.

Well, back to the NaNoWriMo. I have to decide whether or not to introduce a pedophile into this introductory section of the story... well, more precisely an ephebophile, but that's a very fine distinction to many readers and I might alienate someone, so I have to think of whether and why it's important. 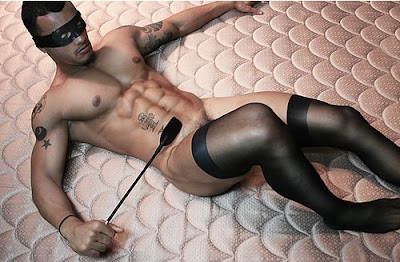