Okay, so what if it's actually Tuesday... I was manic yesterday, too, so it counts.

I realized this morning when I woke up at 5 a.m., after going to sleep after midnight, and then being unable to get back to sleep — not to mention the fact the I've done this exact thing the last three mornings in a row — that I must be manic. Also, I've been getting into these incredibly long and complicated arguments on the JUB message board, arguments about nothing really, and obsessing over my arguments in between the times I'm posting them (argumentativeness is one of my first red flags of mania). And I'm having difficulty focusing my eyes on one thing for very long. And every now and then I start weeping for no apparent reason. Manic.

Fortunately I know why: I'm manic because I've been off my meds for four days and didn't realize it. When I went to take my pills this morning, I saw that I hadn't had a pill since Friday, and hadn't refilled the box on Sunday when I'm supposed to. Oops!

I've always had this problem about doing things regularly, developing daily habits and all. I get distracted so damned easily. I was concerned when I started taking daily meds whether or not I'd be able to remember to take them regularly. For the most part I have, but every once in a while I slip. This is the longest slip I've had, I usually only forget one morning, or at the most two mornings in a row.

And after four days of withdrawal, having taken the meds againg this morning sent the whole psychoemotional mechanism spinning up and down like a yo-yo. It also upset my stomach, which was already a little jumpy from the stress of mania, and never does appreciate the Prozac even on the best of days. It's not been pleasant.

I am half-tempted to take the rest of the day off sick. I mean, I was sitting here at my workstation a little while ago with tears in my eyes while entering college transcript information into the database... it doesn't look right. Not that anybody can see me; I'm all alone in this room and can have all the breakdowns I want so long as I keep processing these folders.

So I guess I'll stay. I need the $56 more than I need the four hours off. And if I went home, I would be too tempted to go resume my argument about the definitions of "gay" versus "homosexual" and what exactly constitutes an identity of bisexuality.

Wanna hear about it? No? Well then skip down six paragraphs because I'm going to vent now.

See, I got interested in this thread on the Hot Topics message board, where the thread originator related a story about how he had told his friend that he thought Angelina Jolie was attractive enough to have sex with; his friend told him that this attraction means he's bisexual instead of gay. This confused the young man, since he had always identified as gay and never thought of himself as bisexual at all.

A lot of the respondants stated unequivocally that yes, the boy is bi, and that's that. I disagreed. On the one hand, sexuality is never as cut-and-dry as that. But more importantly, as far as I'm concerned, if I say I'm gay, then I'm gay, and there's nothing anybody else has the right to say about it. Even if I do occasionally find myself attracted to a woman.

This provoked a maelstrom of snappy responses, all of which got right up under my wig. It seems from the tone and comments of my respondents that the occasional attraction to females disqualifies me from the hallowed halls of Gay, and that I cannot therefore claim to be gay because I'm not 100% gay... and that by saying that I'm gay rather than saying that I'm bisexual constitutes living a lie, being hideously dishonest, and purposely misleading people.

So I of course got pissed off... you can't call me a liar and not get a reaction. But of course I can't just say "you're wrong, you're a butt-head, and you should go douche with Drano." I have to try and persuade these people to my point of view, or at least explain myself in such a way that they can understand and allow my beliefs even if they don't agree with them. Which, as anyone who has ever tried to argue with people who are prone to making such immutable and absolutist statements can tell you, is an uphill battle.

The whole thing has been very tiring, and the reality is that I don't give a rat's ass what these people think. I think they're wrong, they think I'm wrong, and that's all there needs to be to it. But I keep going back in there and arguing point for point with this one guy, and obsessing about those points of argument when I'm away from the board. I mean, I'm obsessing about it right now: my pulse is going a mile a minute and I'm a little short of breath.

Hopefully my seratonin levels will even out in the next couple of days and I can get back to being my serenely apathetic self. In the meantime, perhaps I can exercise a little self-control and stay away from the message board, or at least stay away from that particular thread. I'm not helping anybody by belaboring the point.

However, I did come to a sort of epiphany of understanding while I was discussing this issue, one that I would like to share with you, about the politics of sexuality and the politics of choice.

One of the bones of contention between myself and one or two other posters was the concept of a choice in our sexual identity. They simply could not allow the concept that sexual identity (gay) is not the exact same thing as sexual orientation (homosexual)... that there is more to sexual identity, that it covers more and implies more, than the bare bones of orientation. And every time I made this point, or whenever I stated that I chose to be gay rather than bi or closeted, my respondents shrieked me down for implying that any facet of sexuality is a choice. They believe that they had no choice whatsoever.

Well, anybody who throws up his hands and cries "I had no choice" is simply full of shit. I mean, there are things that we cannot choose, things which are immutably part of us... sexual orientation is one of these, as is race, height, the shape of the skull, the size of the penis, various congenital defects and adaptations... anything that springs directly from our genetic codes and early childhood influences.

However, our sexual behavior, how we express our sexuality and how we conduct our lives in view of our sexuality, is our choice... one of the most important choices we ever have to make. Every action we take is chosen by us from a number of different choices. We might not know what those choices are, we may be presented with choices so undesirable that the choice we make seems inevitable, but there is never an action taken in which some choice was not available to you.

Nothing you ever do is ever not your responsibility.

I feel that too many people are taking the "we have no choice" tack when it comes to civil rights. Whether or not we choose to be homosexual or gay (and I aver that these are separate if overlapping constructs, one of which is inborn and one of which you choose) has absolutely no bearing on the issue, because it is not our desires or our propensities that are being restricted: it's our behavior that is being restricted, our inalienable rights to life, liberty, and the pursuit of happiness outlined in the Declaration of Independence and guaranteed under the Bill of Rights.

I really don't think the Religious Right gives one good crap whether or not we are homosexual, they don't care whom we desire... they only want to be sure we don't act on it, or at least don't act on it openly where they have to know about it. But in reality, under the laws by which our nation must operate, they don't have any standing in legislating the behavior of people who have nothing to do with them and do not in any way infringe upon their rights.

By Rule of Law, straight people have no standing in the issue of gay rights, their desires and comforts and beliefs are irrelevant to the case. The only right they stand to lose is the right to withhold our rights, which is inherently un-Constitutional in the first place, because it is based on traditional prejudices and a particular and unproveable interpretation of a religious text.

I mean, the First Amendment is very short, and very clear. And if you need backup, there are the Federalist Papers, the Declaration of Independence, and great rattling sheaves of other documents penned by our Founding Fathers and preserved for our guidance; these documents very clearly state that all of our laws must be arrived at by the exercise of reason... not by popular sentiment, not by religious belief, and not by mere tradition. And there is absolutely no rational justification, no cause discovered through the exercise of reason without recourse to the Bible, that excuses the rights that are being withheld from us.

If I say that my partner has the right to the use of my body, the right to my property, the right to make medical decisions for me, and the right to sit with me in the hospital or read my mail or raise my children, the government does not have the right to say otherwise. Now, if homosexuality were still qualified as a form of insanity, then there would be some legal standing... but since that theory has been disproved (through the Exercise of Reason), whatever standing the government had in legislating sexual behavior or same-sex partnerships has evaporated completely.

Now the government clings to that legislation, purely on the standings of religion and of tradition, which is not only against the law of the Constitution but against the ideals and principles upon which this Nation and its Constitution are founded. You don't have to call it "marriage" if that upsets your dainty feelings; but the government cannot legally withhold those rights, and never could. Furthermore, the government has never had the right to bestow the right to create such partnerships on officers of any church, and the entire legality of cleric-performed weddings has no standing and should be dismissed.

?
Did I tell you I was feeling kind of manic? All that screed, and on an empty stomach. I need some more Pepto, and maybe something to eat, and then I'd better get back to work. Have a happy super frabjous day! 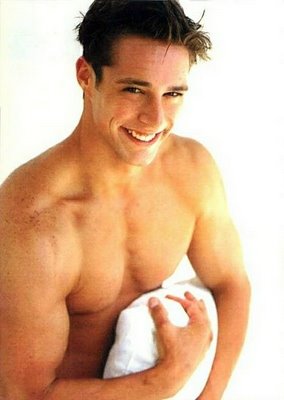 Posted by Robert Manners at 1:58 PM
Email ThisBlogThis!Share to TwitterShare to FacebookShare to Pinterest