You may have noticed, if you've read through this website with any regularity or depth, that I have a lot of pet peeves. There are grammar peeves like misusing who and whom or ending sentences with prepositions, and there are domestic peeves like squeezing the toothpaste in the middle or folding towels in halves instead of thirds, and there are roadway peeves like going the speed limit in the left lane or coming to a complete stop before turning a corner.

But there's this one pet peeve that comes up every now and again to send me spinning with picayune rage... the use of the word "White" to describe an ethnicity. I don't know why this bugs me so much, but it gets right up my nose.

I mean, the whole point of such PC phrases as African-American or Asian-American is that they describe a person's cultural ethnicity rather than his or her skin-color. So why can't people pony up with European-American at the same time? It's no harder to say, and it's infinitely more descriptive.

But oftentimes I'll be filling out a form of some kind, and there are boxes for African-American, Asian, Hispanic, Native-American, Pacific Islander, etc., on and on and on in all sorts of different permutations, punctuated by the pithy catch-all "White"... which includes a lot of different ethnicities, Nordic to Semitic, from Europe and Asia and Africa and the Americas. And it pisses me off. So much so that I've gotten in the habit of checking the "Decline to State" box (which demographically counts as White, anyway, but at least I got my say in).

And "White" isn't the only gross generalization... those little boxes cover all sorts of vagueness. I mean, "Asian" means anyone from the continent of Asia, from Turkey or Iran or India or China, but in general usage it only means those of the Asiatic (or in old-fashioned parlance "Mongoloid") genotype, leaving the whole Western half of Asia without a continent to call its own. Furthermore, what about all those islands? Is a Japanese person a Pacific Islander or an Asian? For that matter, where does it leave the Britons, neither exactly European nor particularly Oceanian?

Would a person whose parents or grandparents emigrated from Ethiopia or the Sudan be the same ethnicity as a person whose great-great-great-great-great-great grandparents were hauled to America in slave ships? And how does "Hispanic" (which in Latin means Spanish) exactly describe people from every part of the Western Hemisphere south of the US border? Isn't there an ethnic difference between a Peruvian from an Andean jungle village and a Mexican from a Yucatan beachfront city? It's a sea of confusion, that's what it is.

But then, when you come right down to it, having to classify ethnicity at all is kind of an asshole thing to do. The fact that it still matters whether or not a person is black or white (or brown or yellow or red, or Latino or Oriental or Indian, or whatever un-PC word you want to use... and don't even get me fucking started on the insulting PC catchall "people of color") just irritates me. You can't stop racism by making a big to-do about race... but then you can't correct the effects of the last two or three centuries of American racism without making a big to-do about race, either.

I mean, there was a time not that long ago when White Men (and by "White Men" I mean "European-American Christian socionormative males whose ancestors had been in the States for more than three generations") ran everything in this country, subjugating and repressing everyone else as hard as they could for as long as they could.

But then people started wondering why White Men were in charge, what special talents they had which others lacked. And they realized there was no reason, it's just the way it was, the way things had turned out. Since there was no rationale for the status quo, it had to be changed: and so the Civil Rights Movement was born. And out of the Civil Rights Movement came a far-reaching and idealistic reparative policy designed to right the wrongs of the previous two centuries, a little bureaucratic nightmare called Affirmative Action.

Affirmative Action was one of those good intentions that proverbially pave the road to Hell. I mean, what could possibly be wrong with a workforce that reflects the ethnic and sexual diveristy of its surrounding community? If a city is made up of say 55% women and 45% men, and those men and women identify ethnically as roughly 60% white and 20% black and 15% Asian and 5% Hispanic, why shouldn't the businesses and institutions in that city contain approximately the same percentages?

Unfortunately, people don't work out that way, we have these miniscule but cataclysmic differentiations between cultural sets and socioeconomic sets and education sets and language sets, all these little idiosyncrasies that make people interesting but totally fuck up a tidy demographic system... and the only way to make that percentage come to pass is to set racial and gender quotas on hiring and admissions, which cannot be done while observing fair and equitable hiring and admissions practices.

What we end up with is an impossible situation, a sort of a catch-22: how can we be sure that businesses and institutions are observing equal-opportunity practices if we don't track the numbers of minorities and genders involved? And yet, how can we fight racist and sexist prejudices with racist and sexist hiring and admissions quotas? We find ourselves fighting the enemy by becoming the enemy, and what good does that do?

And even if it could be done, why should we stop at racial and gender equity? Why not keep track of religions and weight-classes and sexual orientations and hair-colors, while we're at it? Are we sure that enough ugly Catholics are being hired in large corporations, that enough gay red-heads are represented in the food service industry, that short chubby women are given a fair shake in the government?

I think the problem is that civil rights and equality, now that they have gotten rolling, need some time to actually reach a fair and equitable state; and Americans are not internationally known for having a lot of patience.

But one day (unless we manage to blow ourselves up first) we will live in a state where people are hired for jobs and admitted to universities on merit and qualifications, where people are judged by their actions and intentions rather than by their surfaces and accents, where people are allowed and encouraged to become their own individual selves instead of being forced to clump together under a banner or label.

We're obviously on our way there... African-Americans in leadership positions are not a bizarre rarity, women routinely work in every known profession, and homos can fuck eachother in the ass in every state of the Union!

But there's still a lot of work to do. Politicians can still wave a diversionary red flag about Mexican immigrants and get a lot of people het up about it, we still tell jokes about Oriental drivers and chiseling Jews and stupid Southerners, and the likelihood of a woman president is still (sorry Hillary) decades away.

In the meantime, I am going to continue gnashing my teeth whenever I see or hear entire diverse ethnic communities lumped together under the dull and useless "white" or the inflammatory and useless "black." I am a European-American, thankyouverymuch.

Of course, I'm a lot of other things, as well... even some things that can't be mentioned in polite society. 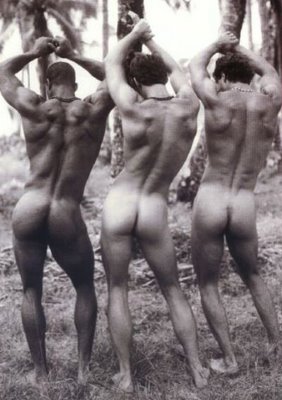 Posted by Robert Manners at 9:50 AM
Email ThisBlogThis!Share to TwitterShare to FacebookShare to Pinterest