Hello, Possums! I've been away from this diary for a while... still finding my feet at work, coming home rather tired, and not much to talk about in my life. On the other hand, I have been working on the novel, so that's where much of my blogging energy goes. If you haven't already, go on over (there's a link just above here, it says "Novel in Progress"... go ahead and click on it, it won't hurt at all!) and have a gander.

I've run into a bit of a snag... I've introduced yet another completely ancillary character, and I can't decide whether or not I should even keep him. He came to me in a flash of inspiration, and I don't like to ignore inspirations, but I just don't see how he furthers the story. I've had to dump loved characters in the past when they didn't fit into the story, I may have to do that with him. Maybe I should do what I did with Kiki the jailhouse trannie, go ahead and publish that version and see what the readers think. If it stinks or doesn't fit or doesn't work, I'll rewrite it.

So anyhow, not much else to talk about. I've become all hermitty again, I've decided it's not the particular mood stabilizer that's doing it, just mood-stabilizers in general. And since I discovered that the one I'm on now, Lamictal, costs eighty cents a pill, and I have to take eight a day, I'm going to go back to the Depakote when this one runs out. My insurance covers it, but at a cost of five hundred some-odd a month, I don't think it's fair that they should have to. Especially since it's making me sleep funky. And I've only lost ten pounds. Phooey on Lamictal, sez I.

And how are you? 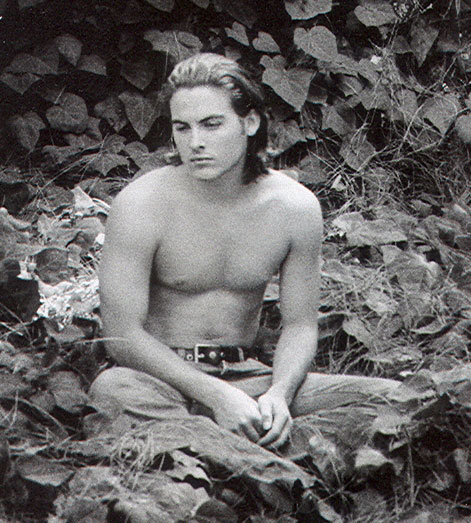 Posted by Robert Manners at 10:37 AM
Email ThisBlogThis!Share to TwitterShare to FacebookShare to Pinterest