You and Your Bright Ideas!

The strict diet detailed in my last post turned out to be ill-advised, ill-timed, and ill-making.  I plunged into a particularly nasty depression on Thursday evening which weighed me down like a ton of urine-soaked turds; it got worse and worse until Wednesday (yesterday) when I suddenly wondered if the depression and the diet might be related.  Considering that I started eating normally at once, making two peanut-butter and honey sandwiches (for medicinal purposes, you understand) and having a good snack whenever I got hungry, and now feel miles better, I think I can safely say that the diet definitely caused the depression.

Or rather the weakness caused by the diet sparked the depression and fanned its putrid flames.  I don't know what I was thinking, starting a crash diet when I am still fatigued from the hepatitis.  I'm already physically weak, so I shock my body with a sudden decrease in portions, sugars, and fats?  How did I think that was a good idea?

Of course, I don't plan to go all the way back in the other direction and start eating doughnuts and cookies all day every day, either.  I will continue to make smarter food decisions, eating lots of vegetables and going for the slow carbs (such as whole grains) instead of the fast carbs (such as refined flour and sugar) whenever possible, but not cutting fast carbs completely.

And I absolutely have to pair that smarter diet with plenty of cardio exercise... for weight management and for my depression and for my fatigue.  Daily gym-visits after work are called for, I think.  I can start slow, twenty minutes at a low resistance level on a machine, rather than try to jump on for forty minutes at level 5.  Then I can work my way back into a more regular routine.  But I can't put it off until "tomorrow" as I've been doing... if I don't feel like going on Wednesday, I can't wait for Friday, I have to go on Thursday and Friday.

Which means I have to change my clothes a lot.  I don't much like changing my clothes.  Especially now that my clothes are so much more complicated than they used to be.  With a t-shirt, a sweater, a scarf, a beat-up jacket and a cloth cap, I could just stuff my clothes into my gym bag when I changed; but now I'm wearing dress shirts and vests and blazers and shaped fedoras that have to be hung up and treated carefully.  I always get out of them as soon as I get home, hang them up and get into my PJs instead so I don't get them too frowsty too soon... which isn't very different from changing at the gym, but I have clothes racks and hat racks at home from which to hang my nice things.

I guess I could go back to the crushable clothes, but I've spent so much money on this new look (especially the hats... I spent $95 bucks on one of them, but I look so dashing it was worth every penny) that I am deeply reluctant to let it go.  My cufflinks collection has grown by leaps and bounds, I occasionally rock the ascots, and I have just started in on stick-pins; what will I do with all this stuff if I go back to my schlubwear?

Well, I suppose a solution will present itself eventually.  I guess I can keep a hanger in the car and change there instead of in the locker room (which I don't like doing, anyway, despite the flashes of bootie and peen one gets in there...the smell is awful, and I hate being seen unclothed).

In other news, my fatigue has been given a better excuse than just the hepatitis and the depression (as if they weren't enough): in his quest to figure out what all is wrong with me, my doctor ordered a sleep study for me.  These days the equipment is portable, no overnight in the hospital with sensors all over your body... it's just a sort of wrist-watch affair you wear with different kinds of sensors stuck on your index and ring fingers.  You can do it at home, and it's completely unintrusive.

But it turns out I have moderate sleep apnea: I stopped breathing twenty-four times per hour.  That's once every two and a half minutes or so.  Since I apparently don't wake all the way up when this happens, don't exit the REM state every time, it isn't giving me the awake-all-night problems; but it does keep me from getting as deep of a sleep with plenty of restorative oxygen carrying nutrients to my depleted tissues... and I do wake up during the night, which always bugs the hell out of me.

I have a feeling that some of this has to do with getting rid of my queen-sized bed in exchange for a couch in my room.  I did it because I was sleeping on so little of my bed that it seemed a waste to keep it; but if it's contributing to the apnea, or just to the waking up at night, I may have to go back to it and keep it cleared off so I can spread out and roll around easier.

Well, we shall see.  In the meantime I am going to pursue the weight-loss (with exercise, and a little bit of diet) and indulge in a few home remedies for the apnea, and do what I can to keep myself happy.  And no  more stupid system shocks... even with diets that worked in the past when I didn't have hepatitis or sleep apnea on top of all the fat.

Though, on the plus side, I did lose seven pounds and an inch of belly.  So it wasn't a complete waste. 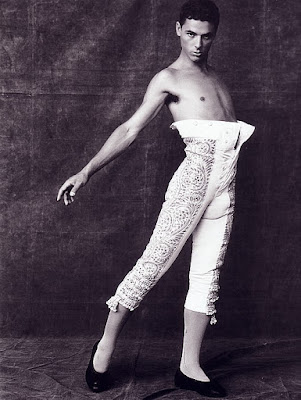 Posted by Robert Manners at 7:39 AM
Email ThisBlogThis!Share to TwitterShare to FacebookShare to Pinterest