If you've never read the illustrated blog Hyperbole and a Half, I suggest you do so.  Right now.  I'll wait for you to come back.

A few months ago, its authoress posted "Adventures in Depression," one of the most spot-on and eloquent descriptions of the beginning stages of depression that I have ever read.  After ages and ages with that on top of her page, she followed up with "Depression Part Two," detailing her experiences, and her perceptions of those experiences, since writing the previous post.

In that follow-up post, she talked about losing access to the things that used to make her happy, and in her usual inimitable way, she banged the nail on the head: her first reference was to the pure childhood fun of playing with toys, of relating to those toys with your imagination; and then one day some years later, playing with toys just isn't fun anymore. The toys haven't changed, you've changed.

I hadn't ever though of my own situation in those terms.  I thought of it as a side-effect of my depression that I was uncomfortable in groups, or the medications giving me social anxiety, or something like that; but now I see that it isn't the groups that are making me uncomfortable, it's my inability to connect to the groups — particularly groups that were once a major source of happiness in my life, like AA or the Ducal Court — that makes me uncomfortable.

Drag is another example: one day I was walking to a court function, and looking at my shadow on the ground, and it suddenly occurred to me, "What an odd thing to do, dressing up like this and lip-synching, and making up a whole Drag Courts system around it.  What does it mean?"  And every time I dressed after that, I enjoyed it a little less and a little less until the very idea of going to all that effort for absolutely no reason just gave me a headache.

Many other pastimes that I've discussed on this page have gone the same way: Second Life, which you may remember was my overriding obsession for several months, all of a sudden wasn't fun anymore.  Nothing happened, there was no change in the environment, nor any loss of friends, nor any kind of insupportable drama.  I simply lost the key to the enjoyment of it.  And all the FaceBook games I used to play, one day I realized I wasn't enjoying them anymore, and just stopped cold.

The same thing happened with most of my friends: I lost the connection to them.  The urge to call them, to see them, to write to them simply vanished.  I still like them all, love them even, but I cannot connect to that emotion in any kind of real, active way.  Liking and loving have become abstract concepts instead of emotions. With only two exceptions, the only way I still relate to my friends is through FaceBook, because I can join in when I feel like a human being and then run silent when I don't.

And that's what it's really about: genuine feelings.  I don't have the factory-issued set of normal human emotions anymore; in some cases I can go weeks without feeling one real feeling that relates to something outside myself.  I feel depressed or manic, weepy or angry or anxious or blah, but these have absolutely nothing to do with what's going on around me, they're just a script running in the background that I can't turn off or edit.

Well, sometimes the emotion has an external source, but only the negative emotions: anger and loathing, in particular.  I am angry at my work, I loathe my parents, and those things take up a lot of room in my head; saying I love my job or love my parents is just words, an abstract response that has no effect on the visceral feeling; without the love to balance it out, the anger and loathing are my only feelings for these things.  And while it's easy to avoid my parents, and only mildly inconvenient to leave my job, I fear that it's going to keep on going, like a cancer, and eat up all the good feelings that I still have.

Like what happens if my intense love for Grandmother become an abstract word instead of a real emotion?  Or my love for my best friend Caroline?  Could I stand being around them?  What if food or orgasms became meaningless chores instead of makes-life-worth-living pleasures?  What if I suddenly find no more enjoyment in writing? If Lord Foxbridge and Danny Vandervere buggered off and left me alone, if I couldn't explicate my feelings here or on my message-board? What would be the point of life if I couldn't write?

How would I avoid suicide if I didn't have these things to live for?  I mean, these are the things I remind myself of when I'm feeling suicidal.  It's kind of scary, really.  To kill oneself not because one is in pain or despair, but because one can no longer feel and so why bother with the work of it all?

Unlike Allie at Hyperbole and a Half, I don't have an uplifting note to end on.  I'm in a long downswing right now and feeling nothing but an occasional spurt of anger.  I'll try being positive some other time.  Until then, here's something else I haven't quite lost interest in: 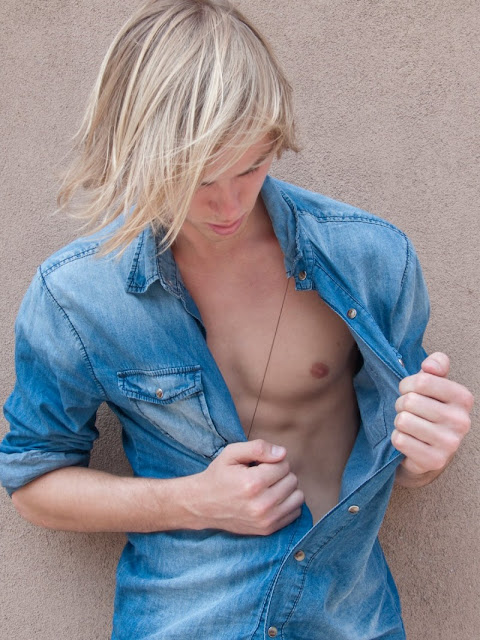 Posted by Robert Manners at 9:09 PM
Email ThisBlogThis!Share to TwitterShare to FacebookShare to Pinterest