I'm thinking of going Goth. I mean, I look good in black, I can even rock the dyed black hair; I love old-fashioned clothes, frock coats and riding boots and all that; I'm already fairly pale, and I'm emotionally unstable, and I totally dig the vampire genre...

...but then I remember that I'm 41 years old, and that brings my big black balloon back down to earth. There may be Goths in their forties, but I'm pretty sure that's not the guy I need to be.

I think part of this yen is my sudden obsession with the following:


I don't know what it is about this song, the lyrics are nonsense but the words and phrases hit me, and something about the tempo-changes and key-changes and the way it builds just really stirs me up. I have more than once started crying while listening to it.

I've also been reading a lot of Poppy Z. Brite, who can do gothic horror like nobody's business; I figure Halloween-time is the best time to read horror novels, so I loaded up at the used bookstore... and between listening through My Chemical Romance's oeuvre trying to decide if I want to download more of it, and reading Lost Souls, and forgetting to take my Wellbutrin twice this week...well, it's no wonder. You'd want to go Goth, too.

(When did I start using ellipses instead of em-dashes, by the way? It's been a habit so long, and I only recently started noticing how wrong it is.[/total non-sequitur])

Of course, one problem I face (aside from missing the appropriate age window by twenty or more years) is that I don't know what, exactly, Goth is... and how does it differ from Emo? They seem interchangeable, and yet at the same time very different. What's the music for each? Will I like it as much as I like "Welcome to the Black Parade"? Or will it send me screaming back to the showtunes and opera?

And then of course there's the Steampunk thing, which doesn't seem to have a whole lifestyle attached... it's just an aesthetic. The first I heard of this style, by the way, was in Architectural Digest, so I'm kind of leaning that way. But it seems a lot more elaborate and a lot more expensive to carry off. Yet it's also a lot more colorful than Goth, so maybe it's worth thinking about.

Too bad Halloween doesn't come once a month instead of once a year, so I'd have an excuse to try these things out and see if they work.

?
Speaking of Steampunk, I recently had a most amazing experience: I went to see Wicked at the Orpheum with my sister and my niece and my niece's boyfriend for the niece's 18th birthday.

(Can you believe Ariel is eighteen? Christ, that makes me feel old.)

Now, I downloaded the soundtrack... excuse me, the original cast recording, soundtracks are for movies... a long time ago and have been a fan of the music for years, "Defying Gravity" being far and away my favorite song. And I'd seen the production numbers put on for the Tonys, and had read a synopsis of the show so I'd be able to put the music in context. And I was afraid when Suzie suggested this outing that the touring company wouldn't live up to the original Broadway cast that I had memorized. But I wanted to see it, and I wanted to see it with them, so I went.

And I have to tell you, there is nothing like live theatre! I mean yeah, this cast wasn't up to Kristin Chenoweth and Idina Menzel, in fact the Elphaba and the Fiyero were played by understudies; but I was in tears almost the entire time, and every song blew me out of my chair. Oh, and Patty Duke of all people played Madam Morrible, and she was fantastic.

But to bring the sequitur back, the staging of Wicked is done in a gorgeous steampunk style that you wouldn't believe. The Time-Dragon Clock is sort of the superstructure of the stage, so there are clock and machine parts everywhere. And the Orpheum has a notoriously small stage, but the set was built out around the proscenium and into the theatre itself, even up the side walls... it was so cool!

Of course, I should have known it would be great... just the month before, I'd gone to the theatre with Grandmother and my cousin and my aunt and uncle for my uncle's birthday, where we saw South Pacific. Though I'd never seen the movie, I knew the premise if not the complete story, and the songs were mostly familiar as big-band standards.

(Here's the New York cast doing "Nothing Like a Dame"; the touring cast was WAY sexier:)


So if a musical that didn't really catch my interest beforehand could make me fall to pieces like that, I should have imagined that a musical whose score I had memorized would completely flip me out.

And now I'm addicted to live professional musical theatre. It's a damned expensive addiction... though we got our Wicked seats through a really neat lottery thing that they have once in a while (if there's a bargain to be had, my sister can sniff it out) and they only cost $25 a head for the partial-view Orchestra, when we saw South Pacific it was full-price central Orchestra and cost $105 a pop! Maybe I'll have to develop a taste for heights and get the nosebleed Balcony seats, those usually go for half that.

?
And sequituring around from that...I feel, sometimes, like I'm sitting in a theatre box, a pair of opera-glasses to my eyes, watching myself go crazy. Like it's not really me going crazy, but somebody playing me on stage. It's a really strange feeling. Not unpleasant at all, but a little worrisome... mostly because I know I'm not watching someone else from a distance, I'm doing all this crazy shit in my body, in my life, in front of real people.

The good news is that nobody else has really noticed that I'm going crazy. I appear to be acting normally for all intents and purposes. So why do I feel like I'm going crazy? Perhaps these meds aren't doing what they ought and it's time to switch out again.

Oh, well... the whole "whatever doesn't kill us makes us stronger" palaver. I should be ready to run a looney-tune triathlon by now. But it's all so wearisome.

So that's all I can think of to talk about just now. I'll check back in soon to tell you all about Halloween... I'm going as a pirate again! 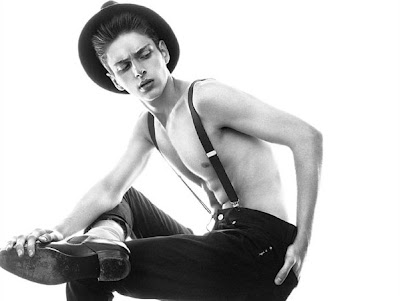 Posted by Robert Manners at 10:10 PM
Email ThisBlogThis!Share to TwitterShare to FacebookShare to Pinterest