So, I'm slowly recovering from NaNoWriMo... I finished my book with six thousand words to spare, and am so proud of myself I could bust. Though I've written quite a lot over the years, I have never finished a story before, so this is quite a feat.

And just when I finished that, I came down with a particularly virulent and debilitating cold, so severe that I missed three and a half days of work. And this after finishing my book, so I didn't have anything I could do laying in bed all day, and have been bored out of my mind. I guess I could have worked some more on the story, editing or expanding as the case may be; but after thirty straight days, I couldn't look at The Math Teacher is Dead anymore. I tried working on Worst Luck instead, but the prose all looked clunky and stupid -- I guess I'm just all wrote out for the time being.

Also, as usually happens when I'm sick for more than a couple of days, the illness triggered a depression, so I've been feeling unspeakably miserable the last few days. But I'm not dead, nor apparently dying (or at least not any faster than usual), so I guess I'll muddle through somehow or other.

Hopefully I'll be back into my weekly swing here on Swellegant now that the novel is finished. In the meantime, if you haven't already, go give it a read: I really could use some feedback about the story, the prose, what works and what gives trouble. 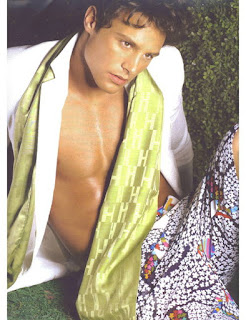 Posted by Robert Manners at 7:59 AM
Email ThisBlogThis!Share to TwitterShare to FacebookShare to Pinterest