The cold I was suffering at last writing has been lingering, as my colds tend to do... I have a crummy immune system. And the depression that cold sparked has lingered, as well. And along with those two things, I have also experienced this weird let-down after completing NaNoWriMo: after the first few days of tweaking around with the formatting (and fine-tuning while I was at it) on The Math Teacher Is Dead for inclusion on the SmashWords website (where you can download my novel, and zillions of other fine novels, in any number of formats, from online reading to Kindle to Palm to Sony Reader), I have been suffering the literary version of the bends, depressurizing much too fast.

My current thinking is to take this energy and start another new novel. I am a little bit sick of Worst Luck (actually, a lot sick), and don't want to start the next novel in the series, which will take place while Danny is at Stanford... partly because it needs a lot of research (I've never even been to the Stanford campus), and partly because I want to outline it so I can use the story for next year's NaNoWriMo. So I'm thinking of starting the fourth or fifth installation of the series, tentatively titled Death and the Vicomte. It will be set in the Northern California chateau of Valerien's grandparents, and will encompass the murder of Valerien's father during a weekend party.

Of course, I don't even have a plot in my mind, just a vague idea of a nice tidy country-house murder, and some ideas about what the chateau looks like. I will need to develop a number of characters, but will not need much research: that's the beauty of the country-house mystery, it's self-contained in a geographical and architectural miniverse of one's own invention. All of my research will be involved in French etiquette, forms of address, cuisine, and viniculture... in much of which I am already somewhat knowledgeable, and all of which I can get from books and the internet.

So that's brewing away in the back of my mind right now. But I'm also trying to gear up for the labor-intensive resentment-fest that is Christmas with my family... there's an enormous naked tree in my living-room, and boxes of ornaments and decorations; my challenge this week is to get the contents of the latter properly draped over the former. Then I need to clean some house and do some shopping. Fortunately, my nephew Matthew is staying with us and is a great help, especially in terms of running errands and doing the heavy lifting.

It's all going to work out, I hope. I find that I often get really down this time of year, I'm not sure if it's the lack of light or the likelihood of catching cold or my dislike of Christmas or some cyclical thing having to do with my birthday, but this has long been a very difficult time of year for me.

The depression has been pretty bad this last week... I'm assuming due mostly to the cold I had, with an assist from forgetting my Wellbutrin a couple of times, and overlaid with the cold and dreary weather and everything else as detailed above. The suicidal ideation has been especially strong, and I really had to argue with myself a couple of times to remind myself that it's my serotonin-deprived synapses talking, not my rational mind. I was particularly obsessed with the idea of overdosing on my mood stabilizer... after learning how sleepy it makes me when I accidentally took it in the morning instead of at night, I started thinking that if I took enough of it, my heart might stop. Dying in one's sleep always seems like a peaceful way out.

But it's letting up, now. I've felt pretty much normal the last two days, no suicidal thoughts or unexpected tears; I haven't been going to sleep early enough to get my full eight hours before going to work, but I feel positive and productive at work, despite being painfully sleepy and a bit headachy.

I just realized it's been a while since I did a Picture Post. I'll get to work on that now, and in the meantime I offer you the following taste of things to come: 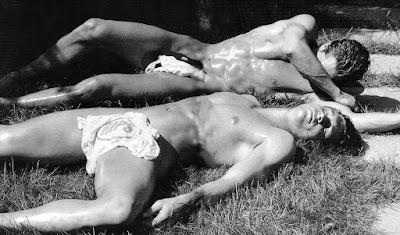 Posted by Robert Manners at 7:11 AM
Email ThisBlogThis!Share to TwitterShare to FacebookShare to Pinterest