The last four weeks have been something of a trial and a burden... but since I haven't been swept away by a tsunami, I'll just have to count my blessings.

My depression has been doing quite a number on me this season. And largely due to the depression, I've been getting sick a lot... my immune system, never particularly effective at the best of times, usually takes an extended vacation whenever my mood goes flooey. So I've had one cold after another, culminating in a flu so severe that it really should be called by its proper name of Influenza, which kept me prostrate for five days with fever, chills, head and chest congestion, fatigue, and nausea.

I haven't been that sick in years and years, not since I was in college. Fevers in particular freak me out, since the only time in my life I've ever fainted was when I had a fever and dropped out in my own hallway (note "fainted" rather than "passed out"... I used to pass out all the time in my drinking days), which scared the crap out of me because I was home alone and headed toward the bathroom when I fainted... if I had fallen in the bathroom and bashed my head on something, I might not be here talking to you today.

To fully illustrate how sick I was: I voluntarily went to the doctor because of it. Not gladly, of course, Caroline had to call the Advice Nurse for me and then the AN convinced me to make an urgent-care appointment for the following day. But I did show up for it, miserable as I was; the chest congestion was so bad, I was afraid that it might be pneumonia.

So I sat around Kaiser for half of Sunday, waiting for the doctor and then waiting to get my blood drawn and then waiting to get my chest x-rayed. It was very weird waiting around on my own account... I'm so used to being at Kaiser for Grandmother, I was startled each time someone called my name instead of hers. But Caroline stayed with me, keeping me company, so it wasn't all that bad.

It turned out to not be pneumonia, nor a pulmonary embolism (which sounded really scary), it was just a really bad flu; the urgent-care doc told me to go home, get in bed, stay warm, force fluids, and under no circumstances was I to go to work until the fever was gone.

Well, the timing couldn't be worse... glad as I usually am to stay home and play Second Life instead of doing anything constructive, I was actually reluctant to miss work last week: my office-mate and supervisor has been out on medical leave for some weeks, and I have been trying to perform her most time-sensitive tasks in her absence, as well as training our intern to do some of my tasks so I'd have the time, and trying to keep up with all my work that I couldn't transfer. So with both of us out, the office was in some disarray.

But it was only for three work-days, and our intern did an amazing job of stepping up to the plate and taking care of things. So though I am wildly behind on my work, I didn't come back to the disaster area I'd feared.

I still feel terribly out of my depth, doing some of my supervisor's work (particularly the monetary stuff, juggling with petty cash and requisitioning supplies), and am visited by a feeling of mild panic when I see all the forms I have to data-enter. But it's not too bad... it seems that while I was ass-out in the bed for five days, my depression decided that it wasn't going to hang around any more. Of course, it was due to leave sometime next week (the vernal equinox is my usual drop-dead date for the depression), but I'm feeling unusually positive and upbeat despite a lingering weakness and a voice that sounds like a bullfrog that's been on a bender.

And here I am back in the saddle, more or less, and ready to take life as it comes. And that's all I have to say today. 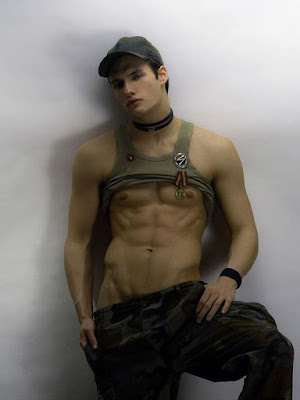 Posted by Robert Manners at 12:26 PM
Email ThisBlogThis!Share to TwitterShare to FacebookShare to Pinterest