The Universe did not listen to my appeal at the end of the last post... or it listened and decided that I was being impertinent by addressing it so casually.  It decided that no, I had not had enough yet, not by a long shot.

While I was suffering from the labyrinthitis, I hurt my back: I was trying to get to a ringing phone, and lost my balance; in the ensuing eel-like wriggling to right myself before I fell over, I pulled something in my back that hurt like the dickens.  But since I was lying down to avoid dizziness and nausea for the next few days, I didn't really notice it.  When I returned to work on Monday, however, I noticed it plenty.  It didn't hurt all that much, but it hurt enough to make me uncomfortable.

However, as I was grocery shopping that evening, the same thing happened: reaching for a bag of frozen shoestring potatoes, I lost my balance and pulled something in my back while trying to keep from falling.  It was the same something as before, but I was not quite aware of what part was hurt.  I assumed it was a muscle-pull and ignored it.  I continued my shopping, put away the groceries when I got home, and went to bed.

Well, the next day, my back was screaming with pain, so I thought I'd better stay in and let it rest.  I got out the hot pad to soothe it, and took a hot bath, and all that sort of thing.  The next day was the same, it hurt to move, and the dizziness was still there, so I took another day to rest and recuperate.  On Thursday I pulled myself together and back to the office, doing what I could to avoid too much stress on  my back, needing to be there because the career-center coordinator was starting his vacation, so I had to be there to cover his position (which is part of my job).

But it was no good.  After four hours of valiantly trying to do different things to relieve my back pain, I gave up and called Kaiser to get a same-day appointment to see a doctor.  Fortunately, I was able to get an appointment with my own doctor, though I had to wait three hours to see him.  I spent one and a half of those hours flat on my back in the file-room, a sweater balled up under my lumbar and a ream of paper under my head, reading a book.

Turns out I strained my sacroiliac ligament. Not  a mere pulled muscle, as I had thought, but a strained ligament, which takes a lot longer to heal.  My doctor ordered me to stay horizontal for seven days.  SEVEN!  All while the career-center guy was on vacation, and while I am waaaaay behind on my filing, and while we got a new phone system at the office that I don't know how to use yet.  I never thought I'd find myself resisting a doctor telling me to get in bed for a week and stay there, but the guilt over so much missed work was monumental.

On the plus side, my injury gave me an opportunity to bond with my doctor... as you may remember from previous posts, my doctor is incredibly attractive, handsome and athletic and built like a brick outhouse.  But he, too, has suffered from lower back troubles, and told me that I was lucky I didn't have sciatica, as he'd had, which required surgery and five months recuperation in bed.  He told me he got the biggest books on Russian history he could find and learned all about everything that had ever happened in that country since the dawn of time while he was down.

Before this, he had always been friendly but sort of distant... I'd never spent more than a few minutes with him, and he did not seem very interested in any of my complaints.  But now that we had something in common, he joked with me and chatted with me and complained about the printer setups in his new office, and we had quite a nice little visit altogether.

Anyway, I figured this could be a blessing in disguise.  I did need some rest, and with all the extra time on my hands I could devote myself to my novel-writing.  What I did not count on, however, was the mental malaise that comes with taking Vicodin three times a day and having almost no mental stimulation from being around other people.  And then the lack of exercise, the effects of the Vicodin, and eating way too much sugar (I finished off the Halloween candy out of sheer boredom) while I was not exercising sparked a really foul depression.  With all that going on, my writing suffered terribly; and by the middle of last week, I decided to abandon The Vicomte is Dead and concede defeat for NaNoWriMo this year.

What I did manage to do was develop the floor plans I created for the Chateau in the story, researching French 18th-century design, and coming up with room designations and outbuilding locations, which were very valuable in creating the scenes in my mind.  But having those locations so developed unfortunately bogged me down in the details of my writing: I knew too much about the place all of a sudden, and lost track of the people and the situations.  I got to a point where I was talking about the castle more than its inhabitants; and when I spoke of the inhabitants, I was too bogged down in what they looked like and what they were wearing to concentrate on who they were and why they were interesting... and there were so many of them that I couldn't possibly continue to describe them in so much detail.

This happened before when I didn't have the story well-developed enough in my mind.  The story ends up taking a back seat to the creation of the mise en scène of the story, and everything goes flooey.  However, as I learned last year with The Math Teacher is Dead, having that aborted overdetailed first try makes creating the story easier the next time I approach it: having the places and houses and people all nailed down makes it easier to tell the story without worrying about the background details. I have to have the background completely developed in order to tell the story with any kind of authority, but I need to have some distance between designing the stage and writing the play.

The more I learn about my own processes, the closer I get to being able to write what I want, when I want.  So after I let the Vicomte stew for a while, I'll come back to it and finish the story.  I may not wait for NaNoWriMo 2012 to do it, though.  I enjoyed what little writing I did so much, I feel like I want to keep doing it, even if only in little bits rather than a big thirty-day orgy of it.  On the other hand, I really want to go back and finish Worst Luck, and I still want to expand and develop The Math Teacher is Dead to prepare it for real-paper publication.

Well, it was kind of a load off to let go of NaNoWriMo, but that left me with even less to occupy my mind.  I had been watching Poirot on YouTube all week, and continued to do so until I'd seen every episode; I watched some other movies and TV shows as well, on YouTube and on Hulu as well as on the television and DVD player.  And I read the new Dexter novel, which was pretty good though still not as good as the first two, which inspired the cable series (the main character is unraveling, which is interesting psychologically but makes for a somewhat frustrating read... it was the character that made the stories good, and if the character starts falling apart, what have you got left?)

Thanksgiving came along, and for the first time in my entire life, I had Thanksgiving dinner somewhere besides at my or a relative's home... there were only five of us around this year, so we went to Kincaid's on Jack London Square, and had an amazing meal and a really good time.   Then we went back to my aunt and uncle's house and had pie and watched football and visited.  It was a bright spot in an otherwise wearying month.

Of course, being up for the first time in a week, driving here and there, then sitting in a chair that was not ergonomically correct for a couple of hours, was more than my not-quite-healed back was up for, so I suffered something of a setback and had to retreat to the bed with my heating pad and my laptop.  I went out on Black Friday to get some groceries, and while I was out I went and got some back-related stuff: a vibrating heating massage pillow, a portable lumbar support chair-back for the car and the office, and a lumbar bracing corset-like gizmo that makes walking around and doing stuff easier and more comfortable.

I discovered, however, that I had picked up a head-cold somewhere along the line.  I didn't notice it at first because I had been so still, and I didn't have an awful lot of phlegm and mucus spewing about; but I did do a lot of coughing, and I felt woozy when I tried to stay up out of bed for very long at a time.  I thought that since I was already in bed and taking good care of myself anyway, the cold wouldn't be a problem; but it has lingered tenaciously; so today when I was supposed to return to work, it flared up and knocked me down.

Let's review: kidney stone; labyrinthitis; strained sacroiliac; depression; head cold.  I don't dare wonder what else can befall me before this month is over with.  But I am not going to keep taking it lying down.  I'm going to knock this cold out today and practice being upright and doing things, so that I'll be prepared to return to work tomorrow.  So today I'm going to drink a lot of Alka-Seltzer Cold and orange juice, do some sweating if possible, and get some laundry done so I have something to wear to work.  And when I get back to work tomorrow, I am going to tackle the work that has inevitably built up while I've been away.  And then it will be December and hopefully the beginning of a much better month.

Of course, historically December is not my best month.  But I shall continue to hope. 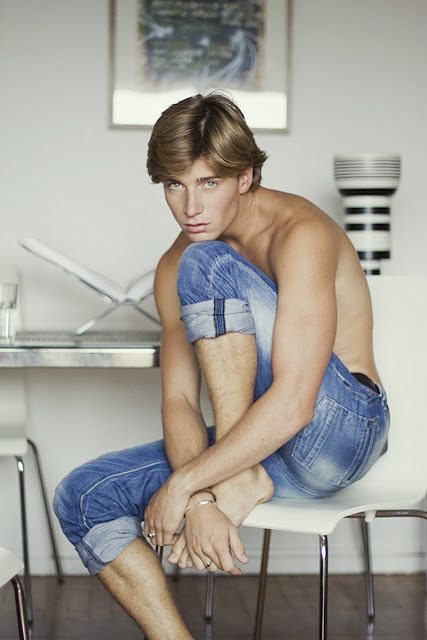 Posted by Robert Manners at 9:26 AM
Email ThisBlogThis!Share to TwitterShare to FacebookShare to Pinterest