I mean, really... Hepatitis A?  That's what capped off my November... my mense morbo, if you will.

My blood test results from the last time I visited my doctor came back with a Hep-A positive, but the little note said that since the test identifies antibodies rather than the virus itself, it was more likely that I had been immunized against it than that I had the disease.  But then I started displaying symptoms... lots of symptoms: nausea, fatigue, dark heavy urine, dense heavy stool, and pain and tenderness in the liver (which isn't where I thought it was... I had the impression that the liver was under the stomach, off to the right, and above the intestines; but it's actually above the stomach, directly under the diaphragm, and stretches all the way across, coming closest to the surface under the left front ribs...if nothing else, I have certainly learned a lot about anatomy in the last six weeks).

Of course, there's not much you can do about Hep A; it's not very serious, it doesn't cause permanent damage to the liver and is not very contagious, so very little research has been put into curing it.  I just have to tough it out for three months or so, get plenty of rest and eat carefully, and be extra vigilant about washing my hands after pooping (which I do anyway, but it never hurts to be extra cautious).

My doctor advised me to avoid anything that was hard for the liver to process, such as fatty foods, dairy, and acetaminophen... which sucks, since I love dairy more than any other food group, and vastly prefer fatty foods to nonfatty foods (hence the twenty-five extra pounds); I don't use acetaminophen very often, though, much preferring ibuprofen (which can also be hard on the liver, but not as much, so I'm avoiding it rather than eschewing, shunning, or otherwise cutting it out completely), but it's one of the key ingredients in my favorite cold remedy, Alka Seltzer Cold (citrus burst flavor).

He also advised me to bulk up on fiber and clean out my colon... which struck me as an odd connection, but now that I've done it, it makes perfect sense: I have more room in my abdomen, and therefore less pressure on my liver, which then reduces the nausea and the discomfort.  So I've been eating FiberPlus super-bran cereal (which looks suspiciously like my turtle's food pellets but tastes OK) every morning, slugging down orange-flavored Metamucil (which is surprisingly tasty) three times a day, and swallowing FiberCon tablets every night.  I'm probably taking three times the recommended daily allowance of fiber, but it feels great.

Of course, my back is still giving me some trouble: because of the injury to the sacroiliac ligament, and the extended bedrest needed to let it heal, my back muscles have become rather weak in that area.  I pulled a muscle again while reaching for the alarm clock on Friday morning, and had to spend another day in bed with the hot pad and the cold pad and the laptop and the boredom; fortunately it was just a small muscle and not the whole ligament this time.  My doctor has referred me to physical therapy to restrengthen the area, but I haven't started yet; in the meantime, I simply have to be more careful of my movements.  Nothing sudden, especially stretching, is allowed: slow and steady wins the race, I have to keep reminding myself.  And since I am still intermittently suffering the labyrinthitis and occasionally lose my balance for no particular reason, I'm basically walking around as if I was made of glass.

This business of getting old really blows.  But like they say, it beats the alternative.

One bright spot, though: I have discovered NetFlix, and it has kept boredom at bay longer than any other form of entertainment.  I've been watching lots of fantastic British TV series (Poirot, the original Being Human, the new Doctor Who, etc.) and some very interesting movies.  The free month's trial definitely has me sold.  Of course, a lot of the movies I want to see aren't available online, I'll have to spring another eight bucks for the DVD service... but I'm certainly considering it.

Another bright spot: I wrote earlier about trying out a new look?  I left you dangling with uncertainty whether I wanted to start wearing waistcoats all the time and/or start on a fedora fad or an ascot craze.  Well, I settled on waistcoats, largely because I became enamored of pocket watches, and there's nothing classier than a pocket-watch on an Albert chain across the front of a waistcoat... just like my adored Poirot (in the David Suchet incarnation, of course).

It started innocently enough: I bought this one pocket-watch just because it was a commemorative for a favorite anime series (Black Butler), and it arrived in the mail the same day the strap broke on my Timex; so I started using the pocket watch to keep time, and I absolutely loved it!  The act of taking it out of my pocket, pushing the button to open the case, checking the time, then snapping it shut and putting it back in my pocket... it has a flair of ritual, and is immensely more entertaining than merely glancing at my wrist.  And so, as with all new things, I had to have three or four of them, as well as watch-chains, fobs and charms for the chains... it's endless!

Of course, the waistcoat thing is still very expensive.  The cheaper ones I bought didn't work out, so I've gotten in the habit of buying inexpensive three-piece suits, just to get the vest.  I've found that the brands that are marketed to African-Americans (such as Stacy Adams and Falcone) are built longer in the torso, and are usually available on eBay for the same prices I've been paying for just the waistcoat.  I've also found a Pakistani garment called a "sadri" that fits a little loose in the waist but is the correct length, very cheap and available in a number of colors.  So now I have eight waistcoats in fairly constant rotation, which I'm wearing with collared shirts, French cuffs wherever possible, and the occasional loose necktie.  And most of them have pockets in the front, so I can wear my Albert chain with my Charles-Hubert Paris pocket watch with the Ganesha silver-and-crystal bubble charm (I also have a Colibri Titanium that I wear in my front pocket, attached to my belt-loop, if I don't have waistcoat pockets).

So despite everything going wrong with my body all at once, I am rather enjoying life.  Christmas is likely to be a little hairy, especially in my weakened condition, but my nephew is there to help, and my sister is likely to come stay that weekend; and since I have a doctor's note (as it were), I have a perfect built-in excuse to not do too much, so nobody will complain about cut corners or half-assed decor.  All I have to do is avoid too much sugar and too many resentments and too much bending and lifting.

So until we meet again... 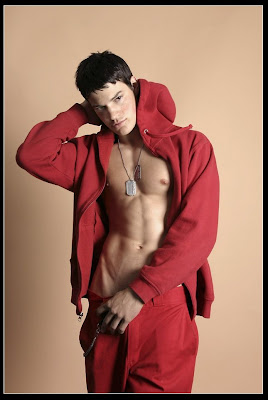 Posted by Robert Manners at 1:07 PM
Email ThisBlogThis!Share to TwitterShare to FacebookShare to Pinterest