I am so ready for this year to be over and done.  The last two months have been such a trial and burden that I can't even remember what the rest of the year was like... though reviewing the blog for the first nine months, it looked not-so-bad: it got off to a pretty bumpy start, and featured some depression problems, but was otherwise fairly sunny and happy.

But it all went to Hell in October, and kept on going: expensive and tedious Car Trouble #1, even-more-expensive and tedious Car Trouble #2, and various lost key dramas, offset by a happy Halloween; kidney stones, labyrinthitis, strained sacroiliac, bout of depression, and a head cold in November, not to mention the failed NaNoWriMo attempt; I last left you with my Hep A, and since then I have come down with a chest cold and broken a molar, accompanied by a few more random waves of depression.  I'm not even going to wonder "what next"... that way madness lies.

However, I have to say Christmas was very nice this year.  Matthew and Suzie did all the work around the house, took the brunt of Grandmother's weirdness, absorbed my father's one-sided conversations, and basically made my holiday a real holiday, lolling in bed when I wasn't at work.  It was a very quiet Christmas, with only eight at dinner and ten for presents and pie.  And then my birthday was pretty nice (even though I had a broken molar), I managed a full day at work and got chocolate cake and singing; then I went to Old Navy and got some new pants on sale, and then had dinner with Caroline, Suzie, Matthew, and our friend Shelly at Elephant Bar.

But then I felt horrible all day Wednesday (one day up, two days down has been the norm this month), and had to go home before lunch because I couldn't stay awake at my desk; then I went to see my doctor, had a nice long nap on the bench waiting for him while he responded to an emergency down the hall, then had some blood drawn (he thought I might be having a thyroid deficiency and/or testosterone deficiency, causing this horrible dizziness and weakness beyond what one can expect with Hep A) and made an appointment for a CT scan (to see if I have a brain tumor... which I am simply not going to think about).

Then I had my tooth pulled yesterday...which wasn't all that bad, my new dentist is an absolute angel with gentle hands... and spent the rest of the day wobbly with Vicodin and slowly diminishing numbness (which always makes me sleepy, I don't know why).  And then today I'm not feeling my best, what with the Vicodin and the stiff jaw on top of the general malaise, but I plan to plug ahead anyway, hopefully getting some long-overdue filing done; I also have to return the pants I bought at Old Navy, since I apparently lost some weight in the last few weeks and need a smaller size (luxury problem!); then I'll get my CT scan (I am so not looking forward to that, my claustrophobia is already ramping up just thinking about it) and maybe I'll get some nice smooshy dinner somewhere... Boston Market's sweet potatoes are pretty chew-free and quite tasty, or maybe some wonton or seaweed soup from Chinatown.

And then I'll just have to make it through one more day of 2011 (I think I'll do some laundry, watch some Harry Potter DVDs, and go to bed early) and I can start fresh with a new year and a new outlook and hopefully some much-needed good health (I just can't afford to be sick any more... I've been out of sick-leave for ages and now I'm out of vacation time...any more major illnesses and I'm going to have to go out on disability).

I wish you a joyful and prosperous 2012! 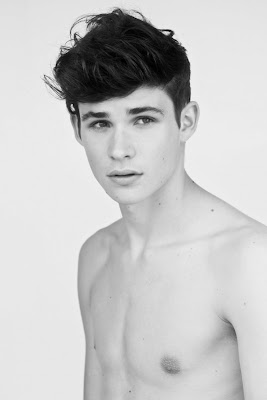 Posted by Robert Manners at 7:42 AM
Email ThisBlogThis!Share to TwitterShare to FacebookShare to Pinterest