I compiled this for my psychiatrist, since it was long and complicated and my brain no longer maintains oral history like it once did.  I reproduce it here for future reference and your infotainment.

August 2004 - Begin to notice pattern of depression (almost euphoric manic episodes in September and March sandwiched with three or four weeks of being really down), considering symptoms, discussing possibility with friends.

April 2005 - left job after 7 years, largely due (in retrospect) to increasing mood swings.

August 2005 - met with Dr T, begin medication: Prozac 20mg + Depakote 100mg(?).  Gained a lot of weight (initially 210, up to 230) in the first month, began experiencing social anxiety, found it difficult to write, occasionally had difficulty sleeping; continued gaining weight, up to 255lbs in six months and 270 in a year.  Symptoms muted and sometimes improved but not relieved.  At the same time was working as a temp in a variety of situations.

March 2007 - switch Depakote for Lamictal (50mg?) Felt better, more social, in the first few weeks but went right back to how I felt before within couple of months. Lost ten pounds.

April 2007 - New job forced me into new health plan (Blue Cross), and I put off getting new doctors until my prescriptions would run out.

September 2007 - Found new psychiatrist on plan (can’t remember his name) and met with him for medication management only: switch Lamictal for Abilify, continue Prozac at higher dose.  Major side-effects include akathisia, constipation, urethral resistance and interrupted sleep; reduced social anxiety, increased creativity; diet and exercise helped lose some weight but not much.

November 2007 - Depression symptoms returned, fatigue and sadness in particular, poor sleep increased waking up every two hours. Dr increased Prozac but only became grouchy and anxious; stopped Abilify end of month since side-effects were unpleasant and no benefits were noticeable, did not replace mood-stabilizer.

June 2008 -  Changed jobs and returned to former medical plan (Kaiser).  Depression and short manic spurts showed up at expected times during following year, but nothing serious or severe.

February 2009 - Began to notice increasing fatigue in autumn.  Depression intensified slowly over previous few months and got bad enough by January that I thought I should change meds and made an appointment to see Dr T.  Started Lithium 300mg and discontinued Prozac.

March 2009 - Felt much better and started a diet and exercise regimen that resulted in losing 50 pounds (down to 210, weight I was before starting meds) in a few months.  Mood swings were more frequent and intense but shorter, noticed significant cognitive dulling after a couple of months.

May 2009 - Weight loss and new meds result in a period of positive attitude and sense of happy normalcy.  Have periods of feeling down, and still tended to feel anxious in some social situations, but maintained a reasonably healthy social life.

October 2009 - Over the few months noticed spurts of intense anxiety, sorrow, fatigue, or euphoria instead of the extended periods of sadness.  Missed work because of depression for the first time.  Began to feel that sanity was slipping, bouts of irrational anger or anxiety.  Maintained some social life but experienced social anxiety on occasion; at work could not be around groups of people for too long without getting anxious and tired.

April 2010 - After four months of intense life-traumas/dramas, had a sort of breakdown, crying uncontrollably one morning and unable to work or function for several days.  Made appointment with psychiatrist but couldn't get seen until June.  Got a bit better but was down and fatigued most of the time.

June 2010 - met with Dr, switched out Lithium for Seroquel 75mg. Side effect of irritability and increased appetite.  Started Depression Group and instituted some positive habits (especially the gym; weight had gone up to 235 in previous months, then lost ten pounds in next two months) which helped a lot. Noticed a tendency to ‘overreact’ to situations, really happy or really sad or really angry when the situation didn’t call for it.

August 2010 - Dr changed 300mg Wellbutrin to 200mg Wellbutrin + 50mg Zoloft to combat short fuse issue.  Side effects of Zoloft were noticeable, groggy in the daytime and difficulty getting to sleep and staying asleep at night, urethral resistance again (though not as bad as with Abilify).  Felt more social and creative, reported feeling normal/good for next few months.

June 2011 - Death in the family, found myself unable to grieve or even take much interest.

November 2011 - Series of medical problems: kidney stone in beginning of month, viral labyrinthitis in the middle of the month that led to a strained sacroiliac ligament (took Vicodin and stayed in bed for a week), Hepatitis A at end of month.  Depression flared noticeably during drugged bedrest with strained ligament and got a lot worse with hep symptoms the rest of the winter.  Started using a walking-stick for balance problem after reinjuring ligament.

February 2012 - Remained depressed and severely fatigued last three months, frequent colds, increased joint pain, weight returned to 255; Diagnosed with moderate sleep apnea, given CPAP machine but it didn’t work.  Tried to make some positive changes to diet and exercise, but was moderately to severely depressed most of the time.  Noticed that joint pain increased when I was sad/down rather than when I had been exerting myself; spoke to medical and psychiatric doctors about issue, GP had me tested for arthritis and lupus and some other things but they came up negative.

May 2012 - had most of my teeth extracted at once, which took a long time to heal (two weeks taking Vicodin) and was followed in two weeks by a severe sinus infection; diet changed due to lack of teeth and nutrition suffered. Fatigue increased, mood plummeted.

September 2012 - Started weekly therapy group and new writing project; teeth problems sorted out, felt pretty good about life in general, though still felt sad and tired much of the time, just not “as bad” as it had been.

December 2012 - severely depressed, missing a lot of work; tweaked doses of Wellbutrin and Zoloft with no apparent effect.

April 2013 - changed Zoloft for Lexapro (dose?), dramatic difference noticeable in a few weeks, went over a month without feeling depressed at all, though was very grouchy (short fuse) again.  Also started taking Nabumetone for joint pain, which seemed to help for a while, though it only reduced the pain rather than alleviating it.

May 2013 - Work situation changed and stress increased, did not cope at all well with increased stress, exhausted and sad and angry all the time, suicidal ideation frequent, joint pain surged in July.

August 2013 - Work became impossible to continue, resigned at the beginning of the month.  Came to believe that I wasn’t able to work full-time anymore, examining the last few years I saw that I’d been pushing myself very hard just to make it to work, and my life outside of work had dwindled to little more than recovering from the effort of working.  Lost medical coverage at the end of the month, but refilled all my prescriptions before coverage ended.

October 2013 - after initial flurry of activity surrounding leaving job (applying for UI, State Disability, and SSDI, as well as looking for part-time employment), severe lethargy set in, I went weeks without being able to do much of anything at all.  I gained fifteen pounds in a couple of months due to reduced exercise (to 270), and joint pain intensified.  Ran out of Seroquel and didn’t notice any difference after I stopped taking it.  Without the stimulus of work routine, found it increasingly difficult to follow through on anything, dropped the thread of my search for new health care coverage.

December 2013 - stopped taking all meds (had forgotten to take them for four days straight and felt better so was curious to see what would happen if I stopped altogether) and didn’t see much difference in mood, it was essentially the same as before.  Signed up for MediCal with NAHC and made appointment to see doctor in January.

January (mid) 2014 - met with new Dr. Z at NAHC, did a bunch of tests, prescribed 25mg Zoloft (can’t remember why, exactly; I had forgotten when I was telling him about my previous meds that the Zoloft had been replaced by Lexapro), made follow-up appointment for March and recommended going to Sausal Creek for a psych evaluation.  Had difficulty remembering to take meds, and didn’t notice any change either good or bad in mood or health.

February (early) 2014 - fell into a deep depression, sadness and lethargy and increased joint pain; best friend helped me follow through on going to Sausal Creek for help, came with me and helped me with forms and remembering information.  Dr B (psychiatrist) prescribed increased Zoloft (50mg-100), on the principle that perhaps it would have better effect by itself instead of mixed with another antidepressant and mood stabilizer.  Was given info sheets for longer-term care providers and a chronic pain clinic; did not follow through on either.

March (late) 2014 - Stopped taking Zoloft, didn’t notice any benefit but some side effects (constipation, urethral resistance...was spending a lot of time on the toilet not managing to do anything), so didn’t refill when it ran out.

June 2014 - noted intensified suicidal/cutting urges, difficulty getting to sleep, irritability and anxiety, and no relief of depression.  When meeting with Dr Z mid-month to follow up on fibromyalgia meds (prescribed Gabapentin 300mg in place of Desipramine), discussed whether the Lexapro was doing more harm than good; Dr OK’d stopping Lexapro but referred me to Pathways for medication management.  Discouraged too easily and did not follow through after getting bounced into ACCESS phone system.  Felt much better after starting Gabapentin and stopping Lexapro, slept well and more even-tempered for a while.  Started a class and was having a good time with it.

July 2014 - Joint pain flared up first week of July, missed a week of class, fell into a deep depression, and experienced frightening loss of impulse control, breaking my laptop in a fit of exasperation; over the weekend got worse, terrified of lashing out and hurting someone, even more afraid of hurting myself; best friend called Crisis Support Services for me on Sunday and conference-called with me and worker (TJ?)  Talked about safety plan and gave me phone numbers to call, and put in a referral for someone from ACCESS to call me on Monday. 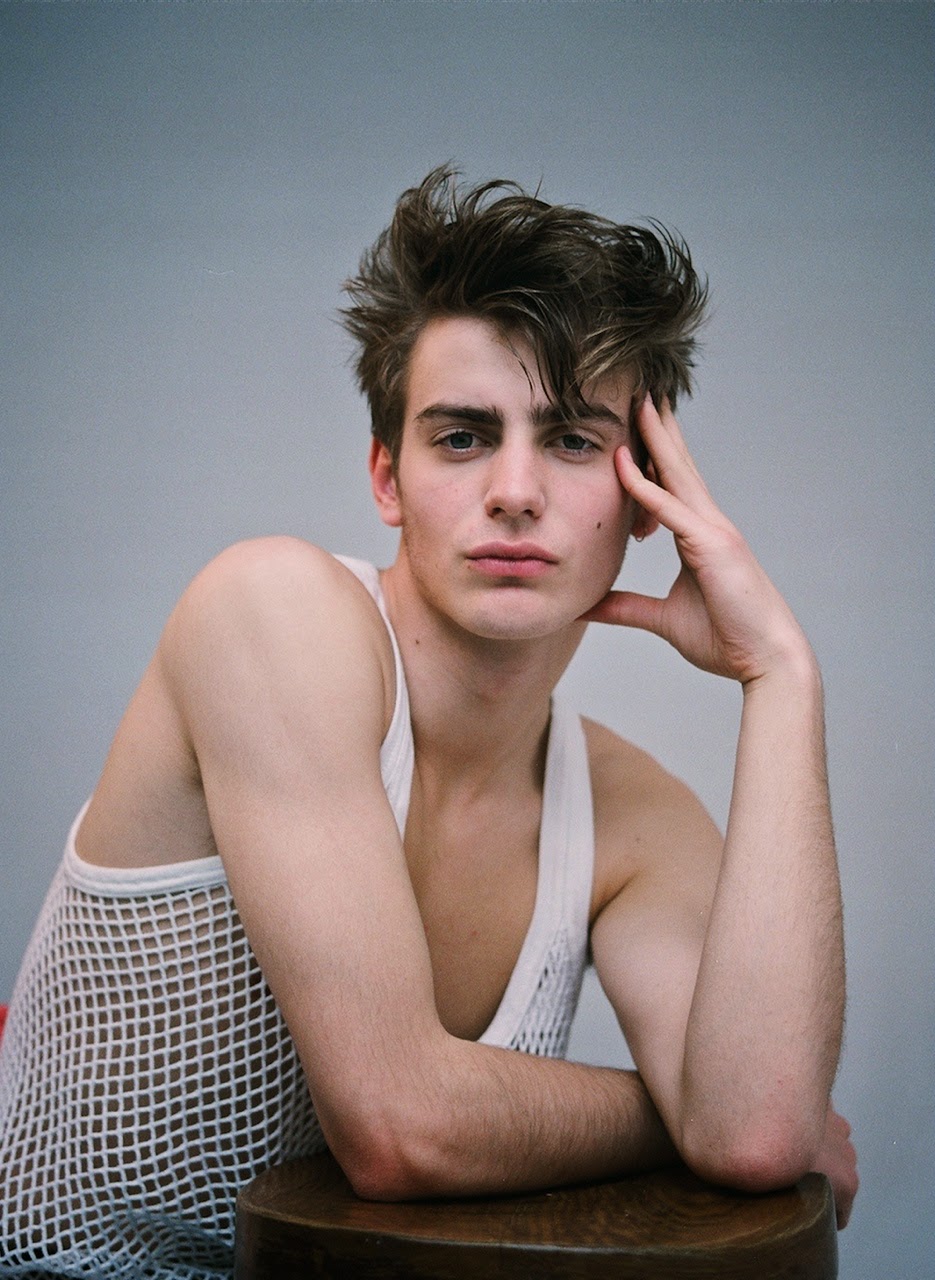 Posted by Robert Manners at 4:59 PM
Email ThisBlogThis!Share to TwitterShare to FacebookShare to Pinterest