I swear, that's going to be my epitaph, if I ever have a gravestone. Which I won't because that requires planning ahead and is pretty expensive, too. But either way, NaNoWriMo was a bust again this year. I only managed a week of autoflagellatory bouts of squeezing out a couple hundred words before I gave up. A new record, I think.

I'm worried that I will never write another book—no, I am worried that I can no longer write, that it's lost completely along with other pursuits and endeavors that once defined my selfhood, like drag and AA. That maybe this isn't a matter of learning a new process, of rediscovering my muse, of just buckling down and getting on with it, but instead a matter of accepting a new normal.

But balancing that worry is the idea that maybe I'm just not telling the right story. The last few NaNo attempts have been attempts at expanding my range beyond Lord Foxbridge, and perhaps that's the problem... I could be developing further episodes with him despite not having finished the sequel that's been sitting three-quarters done but mired in self-doubt and nit-picking. In fact I had an idea for how to start the third book and have been picking at that in my mind during my morning periods of laying awake before my bladder or my belly drives me out of bed.

There's also the idea that maybe NaNoWriMo is no longer a useful tool in my arsenal, that even though it was the structured frenzy of pressure-cooked wordcount that squeezed my first two novels out of me, it just doesn't work with my new brain chemistry. And my failures are more discouraging than the memory of past NaNo successes are inspiring. Maybe I won't try again next year, I'll give it a break. Of course, I know that when I take a break from things, I tend to not pick them back up again, ever. But not necessarily. We shall just have to see what happens.

Anyway, I'm going to go waste my creative energy building country cottages in The Sims 4, my most recent obsession with the purchase of the Cottage Living expansion pack. And of course futzing around in Blade & Soul, and collecting music for my occasional Second Life DJ gigs (but not working on my store with new clothes... I spent a lot of November putting together a collection of graphic sweaters for autumn but didn't finish the textures until Thanksgiving, at which point an autumn collection was completely irrelevant), and trolling the interwebz for pictures of beautiful boys, the only hobby to have survived undimmed in all these recent years.

Speaking of, here's one I discovered yesterday at Vanity Teen, Santiago Robledo who gives very distinct Tadzio vibes (to the extent he's made it part of his Instagram name): 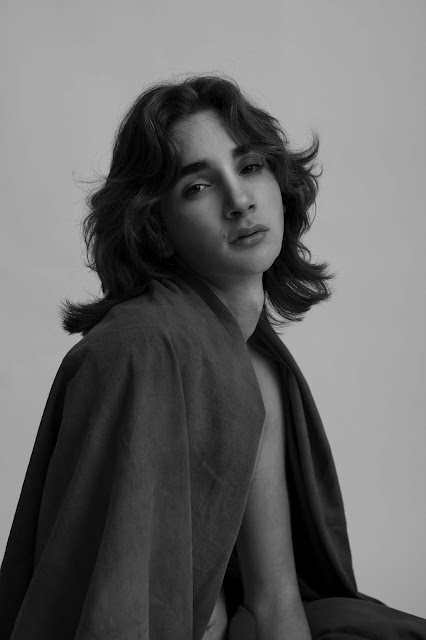 Posted by Robert Manners at 7:55 AM
Email ThisBlogThis!Share to TwitterShare to FacebookShare to Pinterest