I was reminded of the Five Stages of Grief trope earlier today in a context that had nothing to do with grief; but since I was dealing with grief at the moment, processing what would have been Grandmother's 104th birthday today, the little background buzzword hit me like a clanging bell.

Of course I can't remember what the five stages of grief are, exactly... I know anger, depression, and acceptance, but is bargaining one of them? OK, a quick Google reveals that the stages are denial, anger, bargaining, depression, and acceptance, in that order...but that's not what I want to talk about right now... I want to talk about why I grieve for Grandmother's house as much as I grieve for Grandmother.

I have these dreams--not really a recurring dream because the circumstances and personnel change around with each outing, like different adaptations of the same play--where I am having to move out of Grandmother's house for some reason, seldom ever the reason for which I did move out, but the dream is always full of grief and I wake up from it sad for most of the ensuing day.

In most of the house dreams, Grandmother is still alive, and in a lot of them everybody in the family who's died in my lifetime is alive and involved in the moving out somehow... Grandpa, Aunt Terry, sometimes my father. The most common reason for moving out is that Grandmother is moving into a senior living facility, sometimes I'm going with her and sometimes I'm going to a separate apartment I already have, sometimes I'm moving someplace new. Weirdly, I'm usually a lot younger in these dreams, like in my early 30s. Or at least I look like I did then, thin and relatively attractive.

A common trope in these dreams is that the whole damned family is staying in the house, especially my cousin Kellie and her vast brood, and we're trying to put on a family event, either Christmas or Grandmother's birthday, at the same time as packing up to move out. This of course makes everything more difficult, trying to pack up and throw out stuff that we need to put on a tree or make a big dinner party, with children getting in the way and Grandmother wanting to look at everything as we're packing.

The thing that makes the dreams so memorable is that it's always me doing lots of work to get the house emptied out while everyone is hindering me; when in fact it was the other way around--I mean, I don't think I actively hindered progress, but I was unable to take part in the packing and sorting in any meaningful way. I just couldn't move. I wanted to help, to at least take care of my own stuff, but I just couldn't do it. My uncle did a lot of it for me, and my friend Abby volunteered as a paid packer who sorted the things to get rid of from the things to pack up, and Caroline helped in the last push getting the things I wanted to keep packed. But for the most part, I just lay in bed like a lump...I guess that was the denial stage?

In the last years of Grandmother's life, I decided that I wouldn't keep anything from Grandmother's house when the time came, I'd maybe keep my own stuff but otherwise would make a clean start. And with a few exceptions (I kept a lot of things I'd need in the kitchen, and a few small decoratives that suddenly felt too precious to abandon) that's what I did. I got rid of or left behind everything but my clothes and books and decoratives, and didn't keep anything personal of Grandmother's except for a couple of things that I'd given her as gifts that meant a lot to me.

When I finally did get packed up and moved out, taking a room in Old Town Eureka to inhabit until the estate was settled and I'd have the money to secure permanent housing, it was an exciting adventure. The room was so small that I decided to leave my heavy wood furniture behind as well, and got some dorm-room-type furniture, all white-enameled, with navy or cobalt blue soft furnishings like pillows and blankets and towels. Living on my own for the first time in my whole life was so novel that I didn't really miss anything, didn't just sit down and grieve. I mean, I wasn't exactly dancing and frolicking and strewing flowers around me, but I wasn't as sad as I expected I'd be.

Of course, I was going home about once a month to take care of various business, and talking to Caroline on the phone daily, and my uncle and my sister at least once a week, and didn't unpack much into my new room so it felt really temporary. Suspended emotional animation, I guess. But after I bought my new home and moved into it, had all the painting and roofing and window-fixing and carpeting and furnishing done, all those feelings that had been suspended over the previous months came crashing down on me all at once and I was a wreck.

One of the things that wrecked me was wishing I'd kept certain things from Grandmother's house... like when Caroline brought fresh asparagus from the Farmer's Market, I wished like hell I still had the asparagus pot, which nobody else in the family even remembers or knew that's what it was, which was part of a set Grandmother got as a prize for top selling Tupperware in the 70s. I would be looking for something on my phone (I photographed a lot of documents and licenses to have them handy) and saw pictures I'd taken for the estate sale we had after I moved to Eureka, and would just weep over all the things I missed, stupid things that I didn't really care about before but which were now invested with a painful nostalgia. I eventually moved those all into a folder on my desktop so I wouldn't keep stumbling across them.

So in the last almost-four years (Grandmother's 100th birthday was five weeks before her death), I have been grieving for Grandmother, which I was prepared to do in some ways as I'd been working on the inevitable eventuality with my therapist for years in advance of the event; but I wasn't prepared to grieve for the house. Almost four years later, I still cry when I see pictures of the house the same as I do pictures of Grandmother.

And I know that grief doesn't work on an external timeline, everyone processes it differently, and that it takes how long it takes and no more or less.  But I guess I wish that I'd known to prepare for the grief of losing the house as assiduously as I prepared for the grief of losing Grandmother. When you live in a place for a long time, it takes on its own persona, it becomes a character in your life, and when several generations of a family live in the same house for a long time, it really becomes a family member. I knew that before, but I didn't really consider it at the time when mourning Grandmother was fresh and new, and didn't take it into account when I planned what to do with various things in the house that I miss now.

So that's me today. I see it's been seven months since I last posted, which is shameful, but not the first time I've gone so long without writing here. Hope to come back sooner next time, this has been exceptionally cathartic, writing all this out. Thanks for listening to me whine. 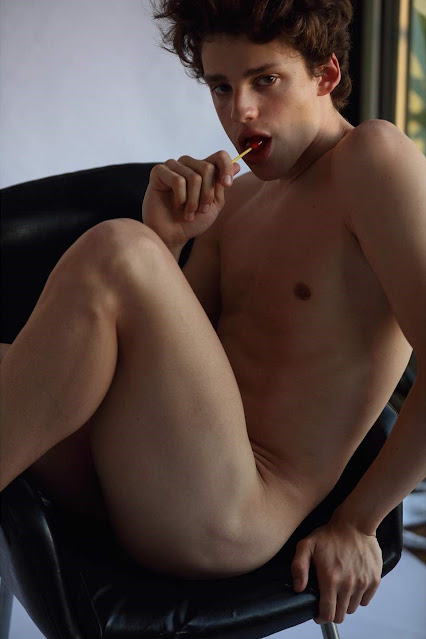 Posted by Robert Manners at 2:25 PM
Email ThisBlogThis!Share to TwitterShare to FacebookShare to Pinterest