A few weeks ago, Facebook gave me a "memory" from some time back, something I'd posted on that date in a different year... it does this every day, sometimes several times a day, and it often offers me a bewildering glimpse of a person I've forgotten I ever was. In this case it was a list meme (remember those?) called "Five Things You May Not Know About Me" or some such; in it I state that something people might not know about me is that I believe in ghosts. Looking at this list ten years or so later, I found that I didn't know that about me...not only had I forgotten I'd ever said such a thing, but I'd forgotten I ever believed in ghosts. Needless to say, I do not believe in ghosts now. And that got me to wondering: do I believe in anything? The notion of belief itself felt unfamiliar somehow.

In another Facebook-based instance, I was messaging with an old friend from AA whom I haven't seen or talked to in well over a decade; and as one does with old AA fellows, I said I was keeping sober and practicing the principles in all of my affairs despite not going to AA meetings or interacting with the program at all. But when I thought about it later, I can't say I was practicing all of the principles, since one of the principles is reaching out to the alcoholic still suffering, sharing the gift of sobriety with those who seek it. And though I didn't go into all that with the friend in Facebook Messenger, one of the other principles, the one I do consciously practice, is rigorous self-honesty; so I spent a lot of time dissecting the statement "I am practicing the principles still"... and realized that I had also let go of all the higher-power-centric steps, too. So, with God and the Fellowship both out of the equation, which principles was I still practicing?

That's a topic for another post, but for this post I asked myself why did I give up the God parts? When exactly did I stop praying? Why? I don't remember when, though I assume it was some time after I stopped going to meetings, as I would have noticed if I'd done it when I was going to meetings, as praying is part of the meeting; but the why came quickly: I'd stopped believing in God. There was no reason for it, no watershed moment where I saw it happen, I just stopped somewhere along the line. And I wondered, like I did with the ghosts, what do I believe in? What do I even just believe?

I couldn't think of anything. Not a single article of faith anywhere in my brain. It was just things I know and things I don't know, nothing in between but guesses and opinions. And of course a lot more of the latter than the former, things that I used to think I knew but turned out to be things I just believed, and had to be added to the things I don't know instead. And that's not even addressing the things I thought I knew and discovered that I'd misremembered, which is the topic of a whole other essay.

There was a study published some years ago that claimed to have discovered a subunit of the brain that was directly responsible for the concept of God... a part that was activated during neural-imaging scans when the subject was praying, or thinking about God or the lack of God, or engaging in any kind of "spiritual" activity. I'm probably not remembering that right, or at least not exactly, but I don't have the energy to do research on it right now, I'm just going to take it as the premise for my hypothesis.

Discussions of this discovery or study took two separate interpretations: some said that it showed that there was no God, there was just a knob in your head that makes you think there's a God (or any gods); others said that this knob made us capable of perceiving an existing God in the first place; but most agreed that a big part of our evolution into a successful species is our ability to engage in abstract thought, our ability to imagine things we cannot see, which might well have developed from this segment of our brains that perceives God, and our ability to rationalize and imagine, to construct philosophy and language and art is a direct result of that perception.

If that is so, if the ability to believe in God, or anything that can't be seen or touched or smelled or heard, is centered in a part of the brain, then it is also possible to disable that part of the brain with a lack of serotonin or excess of some other chemical. Whether belief is an illusion caused by the brain or another degree of perception, I can't say, but it's suggestive that my ability to believe has waned as my depression has progressed.  It may be coincidental, though, so I can't say for sure. I should do some research on this if I'm interested enough, but I'm not sure I am... I mean, will knowing the answer help me get my faith back? Or give me a sense of natural inevitability for its loss? Do I even miss my faith?

I did, when Grandmother died. I wanted to take comfort in the knowledge that she wasn't really gone, that she still existed somewhere else, reunited with loved ones who'd gone before, retaining her memories and her personality without the pain and limitations of her decaying body. I used to believe that's what happened to people when they died. I think I believed it, anyway... I mean, I had a hypothesis that the neural networks that make up our memories and personalities survive the death of the brain that created them, and that the human will would hold those networks together without a body, in the ethers perhaps, floating around on the air, as light as radio waves, retaining organization and consciousness. That when these conscious networks floated around where they'd lived, they could be perceived as ghosts, and when they floated off into the atmosphere they went "into the light," mingling with lost loved ones somewhere up there, attracted to each other by the connections formed in life.

It was just an opinion, but was based on something I simply believed, that there is an afterlife, that the individual soul continues to exist after death. Now, though, I don't quite see how that could be possible, that a neural network can exist without the flesh and blood that created them through sensory input; and if they could, they certainly couldn't interact with the rest of the world without those organs, they couldn't take in new information at all, they could not be sapient and conscious... they'd be in a permanent dream state, reliving what was already in their minds when they died, without any kind of direction or mobility.

But, though it seems unlikely, I can't say for sure that's not what happens. I have no belief in the opposite possibility as truth, either. I just don't know. And that not-knowing is far more uncomfortable than believing one way or another. They say that atheists have no beliefs, but they do: they believe very firmly that there is no God. They have made up their minds as to what is true and can think about something else.

Much stickier wicket being caught in between, unable to believe that there is or isn't a God, or an afterlife, or a purpose to existence either in general or individually. You're caught in a perpetual shrug with an eternal question-mark floating over your head. And that's just unpleasant, is all.

Well, anyway, I don't think I've drawn a conclusion from having aired and organized these thoughts in blog form, but I've written something, and I'm going to take that as a win for the day.  Celebrating little victories usually improves my mood, and that's enough of a takeaway. 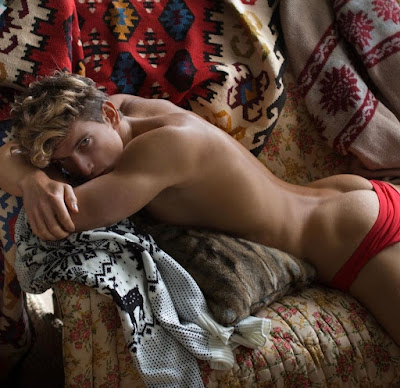 Posted by Robert Manners at 9:32 PM
Email ThisBlogThis!Share to TwitterShare to FacebookShare to Pinterest