I Wanna See Blood and Gore and Guts and Veins In My Teeth!

I want to beat the shit out of a homophobe. I mean it... I want to grab hold of Fred Phelps (of God Hates Fags fame) and shove an electric cattle prod so far up his ass that his eyes light up. I want to put Joseph Nicolosi (discredited but published author of Preventing Homosexuality: A Parent’s Guide) in a burlap bag and bludgeon him with croquet mallets. I want the entire staff and support structure of Love in Action (the so-called "ex-gay" movement, none of whom are gay themselves) naked in my basement so I can go after them with my weed-whacker. I want to make those people suffer for the suffering they've spread. I want to humiliate and maim these people.

Manic? Yeah, I seem to be. I've got most of the symptoms: I'm not sleeping well, and I am grouchy as hell, and I am having difficulty discussing things with anyone who disagrees with me in the slightest; I'm fidgetting and squirming and incapable of concentrating for more than a few minutes; I'm horny as all get-out; and everything I hear on the news and the message boards pisses me off so much that I want to lash out and draw some blood... I want to kill, I want to tear the flesh of the neocons and gnaw on the bones of the fundamentalists.

This is terrifically unpleasant. I am trying to do the things that I learned in my first bipolar class, like avoiding sugar and caffeine, avoiding stressful situations, and I am going to go for a long walk a little later on when Caroline comes over... that ought to work off some of the nervous energy. But I am really looking forward to my next bipolar class, and to talking to a doctor next week.

The hardest thing I'm finding right now is to be patient with people and refraining from sharing my bloody-minded opinions with others. On that message board (Just Us Boys), there are a lot of opinions shared which are different from mine, particularly in regard to revealing one's sexual identity.

There are a lot of closeted people on that message board, and they all seem to have some defense about either "my personal life is nobody's business" or "disappointing my family and alienating my coworkers (or in more extreme cases, losing friends and family and jobs) is not worth the spurious rewards of being out." And I disagree with them.

The Defending My Privacy people seem to be letting other people do all the work of liberation and struggle; the "I'm afraid" people are allowing the rest of us to suffer with our perceivably small and deeply divided numbers so that they can be safe. Both seem to be internalizing the homophobia of the people around them and have come to believe that their sexuality is wrong or at least shameful, that the homophobes have a right to their wrongheaded opinions.

Both piss me off. Rationally, I know that coming out is something that is different for everyone, something that you can only do when you're ready to do it. There are all sorts of compromises, all sorts of gray areas, all sorts of mitigating circumstances. But emotionally, I get so impatient with other people's fears (hell, you know how impatient I am with my own fears); and with my manic swing running rampant, I'm finding it really difficult to keep the vitriol out of my writing, difficult to refrain from shooting off in an inappropriate forum, difficult to offer sane perspectives instead of demanding agreement on threat of violence.

Maybe I should stay off the boards for a while. But message boards are so addictive! And if I wasn't on the message board, I'd have to confront my complete lack of motivation to work on Worst Luck. I had a dream this morning about the characters, and it gave me an idea for a motive that I needed for introducing this new character who is waiting in the wings... I'm going to take this as a sign, that if I'm dreaming about Danny and Marquesa's conversation, that my mind is almost ready to get back to work. One can hope, anyway.

And in the meantime I'll think up a prize to give anyone who can name the source from which my title is quoted. 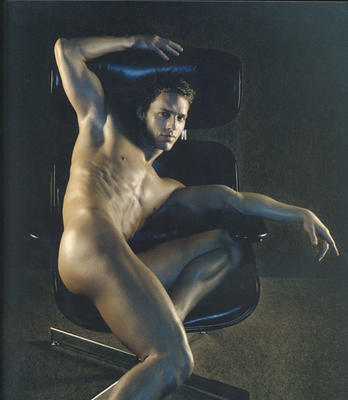 Posted by Robert Manners at 12:29 PM
Email ThisBlogThis!Share to TwitterShare to FacebookShare to Pinterest