Not much to report this week... some drama stuff at work (which I shan't discuss here), and getting back to work on Worst Luck, highlighted the last seven or so days; otherwise it was all pretty ho-hum.

I did have a lovely evening Saturday at the ISE (Alameda Imperial) Coronation in Hayward. It was not densely attended, but there were some well-known faces in attendance, and some serious hotties on tap (the Emperor of Reno in particular...wowza!) and some people I haven't seen in a long time — notably David, the partner of the late Empress XIII Honey Hush (in whose court I served as Royal Entertainer — many years ago, considering we just launched the XXXIInd Reign), and her lovely daughter.

Plus, I looked fabulous, which always makes the evening nicer:

Caroline was looking pretty fierce, too... the theme of the Coronation was "Return to the Animal Kingdom: from the Barnyard to the Jungle," and we of course opted for the Jungle part of the theme.

So that was my Saturday. I have another event coming up weekend after next, San Francisco Ducal Coronation... my friend Pollo del Mar is stepping down, and another old friend, Cookie Dough, is a candidate for Grand Duchess and might be stepping up; so it will be an evening of friends. The theme is Russian Roulette, which I take to mean a Casino theme with a Russian twist... I'm going to be reviving my old Baroness von Beitte-Meihasse look for the evening (sort of 20s-era glam-goth) but with mega rhinestones instead of black jet jewelry... it is a Court event after all, and one must sparkle madly. And of course I'll post some pix when I do it, assuming I don't forget my camera like I did at Alameda Ducal Coronation.

I started back on the Zoloft as soon as I got over the symptoms of La Malaise, shortly after my last post, as the crotchetiness was coming back in force and I was feeling overtly hostile toward the world and everyone in it. I figured I'd have to work around any sleeplessness issues, and the urethral resistance thing isn't so bad (though not so great, either), as the hostility thing was just not tenable. And since, I have been in a very good mood, very mellow and generally cheerful, no anxiety noticeable. Let's hope this holds, especially as the aforementioned issue at work is going to be throwing me back into the snakepit of the Career Center in the next few weeks.

Nothing to report, no changes. My waist feels a little tighter, and I notice on Saturday that the fat under my arms is less than it was last time I was in drag... but then, my corset was lower, too, so it might just be that there was more room for the fat to wander around in. I'm not worried. I have been feeling better in the afternoons lately, though, so I think I might make it to the gym sometime this week.

So until we meet again, don't take any wooden igloos. 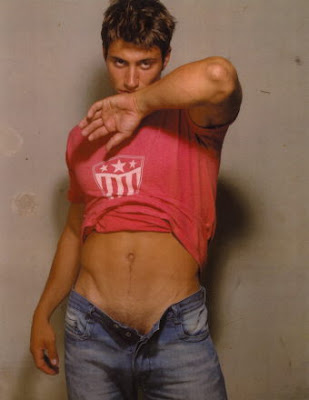 Posted by Robert Manners at 6:40 AM
Email ThisBlogThis!Share to TwitterShare to FacebookShare to Pinterest