Something funny: I have a new boss at work, or rather a new boss's boss, a department manager over seven people who hadn't been grouped into a department before... I'll call her Laura Allen, which is not her real name (but is close). She started last week, and I really like her. But this morning, I was reading my email and there was a message entitled "Laura Allen - Getting Rid of Robert."

The message was from one of my picture-sharing groups, Laura Allen was the name of the artist and "Getting Rid of Robert" was the title of the painting; but I just about shit myself reading those words in conjunction. And then I had a great story to tell at work today.

Here's the picture; I didn't much like it when I first looked at it, but that may just be because it startled me; it's sort of grown on me since: 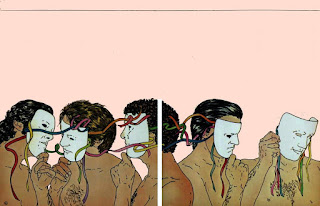 This last work-week, though, was completely awful. On Wednesday, we found out that one of our coworkers passed away on Tuesday. It was so shocking, and so incredibly sad... he was a really good man, with a big heart; and he was only 47, and had two young daughters. For three days, we were all just walking around stunned and saddened, murmuring in little groups and bursting into tears during meetings. We're still kind of shocked, but are adjusting to the shock; it helps that there is a memorial Tuesday and a funeral Wednesday that people can go to, hopefully get some closure.

Anyway, on Thursday, my sister called me at work and told me Grandmother thought she'd had another stroke... she (Grandmother) had been on the phone to her dentist's office, making an appointment, and she suddenly couldn't remember basic information, not her birthday nor her address nor her phone number. It scared the hell out of her, and she called my uncle but he wasn't answering, so she called my sister who came out immediately. I don't know why she didn't call me, I mean my sister lives in Santa Rosa and it took her an hour and a half to get here; but I think it's because Suzie's number is programmed in the phone (she's had that cell-phone number for years, through numerous moves) and my work number isn't.

Fortunately, it turned out to be nothing; or rather, it was just a passing cerebral episode with no lasting symptoms or apparent damage, she didn't even have to go to the emergency room. But in the three hours between hearing from Suzie leaving her house and hearing back that the Advice Nurse had told Grandmother she was fine, I was at work freaking out big time. I talked to a couple of people and shared what was going on and how scared I was, and while that helped a lot, it didn't help enough. I was a wreck by the end of the day.

So then on Friday, of course all this emotional upheaval triggered a depression. Friday was also the last day our two interns were going to be with us, and though I was glad that we get to keep one of them as a temp, I am sad to see the other one go; much more pressure came from the fact that I was in on the interviews to decide which one we were going to hire on.

And of course, since they're going, and the one we get to keep isn't starting until later this week, after the inevitable paperwork gets processed, that means Little Me gets to work in the Career Center for a few days, which weighed heavily on my mind that day. So all in all a sucky week.

But then on Saturday, I got my IKEA credit card in the mail, activated it, and hot-footed it down to the local IKEA and bought myself a new bed, as you may remember I have been planning for some weeks now. I ended up getting a different bed than originally planned, though... after visiting IKEA with Caroline shortly after deciding to get a new bed, I "test drove" the bed I'd planned on and a few other pieces as well, and decided I liked the Beddinge Lövås bed better, it has a higher back and is rather more comfortable than the Hemnes Daybed... and three hundred dollars cheaper.

Then I got to put the bed together, which was its own challenge, both physically and mentally. Caroline helped a lot, assisted with moving the old mattress and picked up a lot of junk off my floor and helped fill up the boxes, but it was a lot of very demanding labor in a few hours and just about killed me.

But now, though I am still sore and worn, I have a new bed, the beginnings of a brand-new and tidy room! I'm very excited about it. I'll show you pictures when I'm done, I still have some work to do with shelves and removing my closet door and rearranging furniture, so it's not yet fit to be seen. But when it's done, it's going to be lovely!

So a lot of ups and downs this week... new boss, new bed; losses both mortal and professional; worries and excitement. Rather more of a roller-coaster than I like, but I guess a roller-coaster is better than sitting at the bottom of a pit.

My mood, considering the circumstances, has been quite good. I resumed taking the Zoloft, and it hasn't been disturbing my sleep, so I guess it was La Malaise after all. And though I did get depressed on Friday, I didn't get nearly as depressed as I have been in the past following comparable emotional upheavals. So I'm feeling pretty good about the efficacy of my new set of meds (Seroquel, Wellbutrin, and Zoloft, for those just joining us).

I've been eating a lot of comfort foods lately, cheeseburgers and scones and the like, requiring the comfort; but I also have neglected to eat for long portions of some days, so I guess it's evened out. My weight is the same, oscillating between 225 and 228, depending on the varying moods of the scale. And though I haven't been to the gym, I have to think that the labor I put in on Saturday was worth two or three gym visits as far as cardio work goes... I must have sweated two gallons during the project, I know I smelled as though I had.

So that's that for now. I'll be seeing you in all the old familiar places. 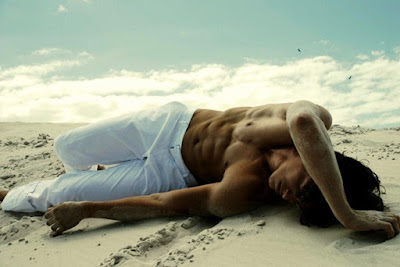 Posted by Robert Manners at 10:41 AM
Email ThisBlogThis!Share to TwitterShare to FacebookShare to Pinterest