I feel terrible. That right-on-the-verge-of-crying sadness settled in my chest and nose, random aches and pains, a feeling of heaviness in all my limbs, a sense of every activity being a waste of time and every project a pretension of overestimated abilities, the question "why even bother?" ringing in my mind's ear and my mind's eye filled with forearms sliced open to let all the ick out with the blood on an endless loop. I don't feel like I'm going to cut myself, I don't feel out of control or desperate to escape the pain, but it's immensely unpleasant nonetheless, like having shitty music on a radio you can't turn off.

And I've felt terrible for a while now... pretty much since we got settled into this house in McKinleyville, starting with a sort of an end-of-an-adventure letdown where your journey ends at the furthest point instead of back at home. Then came the Pandemic, with increased isolation and a background fear, which pressure-cooked a lot of problems between Caroline and me, resulting in a lot of emotional upheaval and plain old rage. Then the diabetes diagnoses, which was kind of enlivening at first but ultimately depressing as the new diet took away the major coping mechanism of comfort eating; then some financial problems that not only depressed me further but exacerbated my problems with Caroline to crisis point.  Once we got those two things resolved, though, we still had the Pandemic isolation and then a resurgence of grief over losing Grandmother and leaving my lifelong home, which has come to a head in the last few weeks as anniversaries of her last birthday, her stroke, her death, and her funeral have come along and poisoned all of August and September for me.

Making matters worse is that I just can't drum up the afflatus to give a shit, not enough fucks to give to do anything about any of it. I don't even want to stop hurting, which has always been my last go-to of desire. I don't know if I believe deep down that I deserve to feel like this, or if I don't have the mental energy to do the things I need to do in order to feel better, or what exactly I feel or believe... just that I'm tired of fighting.

This isn't unbearable, is all. Maybe unbearable-adjacent. Or fully bearable but I'd prefer to not have to bear it. But I feel like I should be doing something about it, and feel guilty for not doing anything about it, and I worry that if I don't do something about it, it'll get a lot worse... maybe that's the thing I need to change, though, the idea that I'm supposed to fix it. Maybe I just need to accept that this is my life and settle into it.

Or maybe not. I don't know. 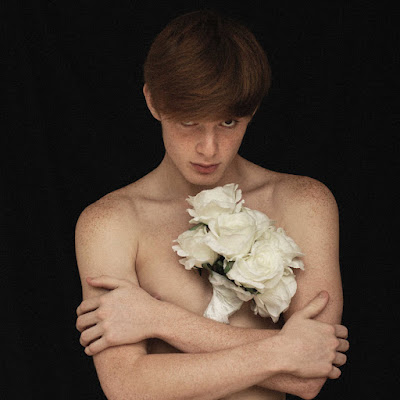 Posted by Robert Manners at 9:58 AM
Email ThisBlogThis!Share to TwitterShare to FacebookShare to Pinterest