So another week goes by, nothing much changes, nothing exciting or infuriating or even just weird happens.

I did have something of a meltdown at Grandmother about the so-called "Ground Zero Mosque" which the media have been belaboring all week... she was sucking at the teat of Fox News in the form of Sean Hannity's little talk show, where some badly groomed idiot was screaming and yelling about insults to the dead and all that jazz, while Hannity nodded and frowned with all the camera-ready gravitas he could muster, and I went off.

I mean, this was Thursday, and Keith Olbermann's piece exploding the myth of the Ground Zero Mosque was already viral on the web by Tuesday, had been picked up and confirmed by dozens of op-ed columnists and thousands of bloggers; the information that there was no such thing as a Ground Zero Mosque, that it was an Islamic Community Center four blocks away and not even visible from the Twin Towers site, was readily available all over the world. But here they were hollering about something that didn't exist, something that simply wasn't true. Why?

And it's not just Fox... when I logged in to Yahoo! yesterday to check my email, there was a little blurb "Obama approves right to build Ground Zero Mosque"... so incredibly misleading, so misinformative; of course President Obama and any thinking person would approve of the right of a private landowner to build whatever the hell he wants to build on his own effing property. And for all I can tell, it was motivated only by a desire to make someone click the link in outrage. Well, I was outraged, but I didn't click the link, so their little plan failed.

On Saturday night, I watched the classic movie Born Yesterday on YouTube (you can, too!) and was reminded again of what our country is supposed to be like... yeah, the movie was something of a propaganda piece for the government, much like Mr. Smith Goes to Washington and Legally Blonde II (I bet you never thought to see both of those titles in the same sentence), painting the government as a group of inherently honest people who are occasionally led slightly astray by outside forces; but such propaganda does remind us of what it's supposed to be like, what it was intended to be like when it was founded.

A nation of idealists and ideals, high-minded and fair, embracing reason and eschewing superstition. What happened to that?

I'm on the full doses of everything now: 75mg Seroquel, 50mg Zoloft, and 200mg Wellbutrin. No ill effects, though for the last few nights I've been having trouble getting to sleep, and I've noticed a recurrence of the "urethral resistance" issue I experienced when I was on Abilify year before last... a little trouble peeing and mild discomfort ejaculating. I'm not sure if these problems are the Zoloft or if it's something else going on just at the moment, we'll see what develops.

Still holding steady at 225, it actually strikes me as faintly odd that I am the exact same weight all the time, I usually go up and down a couple of pounds here and there. But I'm not complaining. I am going to start back to the gym one of these fine days; hopefully, since the Seroquel sleepiness has passed off some, it will pass off more and I won't be so tired at the end of the day... I know if I get myself back into the habit, I'll feel better all around.

Oh, and I did finally get Claudius into his new tank. I haven't assembled the stand, nor cleared the space in my bedroom (the tank is sitting on a towel in the living room), and the new filter is still in its box... but at least the poor thing's not sitting in an inch of pooey slime anymore. Sometimes that's all one can ask out of life.

Have a happy week! 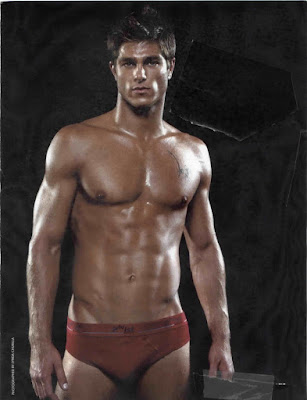 Posted by Robert Manners at 9:02 PM
Email ThisBlogThis!Share to TwitterShare to FacebookShare to Pinterest