I am thrilled to pieces about the overturn of "Prop H8"... I rather expected that the law would be deemed unconstitutional, seeing as how it is unconstitutional and any moron with a copy of the Constitution could figure that out; but I was braced for another suckerpunch such as I felt when the goddamned thing was passed in the first place. 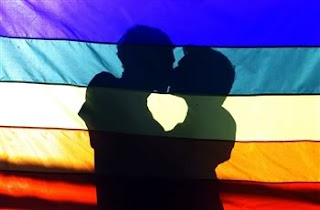 In the gleeful aftermath of this landmark decision, I was enjoined by a fellow JUBber to visit the Fox News poll on the issue ("Did Judge Make Right Call In Gay Marriage Case?" is how it was phrased, as if it were a disputed base hit) and skew (or perhaps "balance" is a better word) the results away from the usual Fox News redneck reactionism. So I voted, pleased to note that my opinion was in the overwhelming majority at that moment (it went back and forth a lot, in the few minutes I spent on the site), and left a comment for the delight and enlightenmnent of others:

I read through the other comments, something I doubt many other commentors bothered to do, and was dismayed (but not surprised) by the complete lack of understanding of the System of Checks and Balances that I was taught about in junior high school Social Studies: they kept harping on "the will of seven million voters." They all seem to think that sheer numbers makes something right... as if all Justice requires is a whole shitload of people with no actual standing in the question being misled by colorful advertisements paid for by Mormons.

So my proposal is that voter registrations have an examination component, like being licensed to drive. Fifty questions on the Constitution and basic US Government concepts (such as immigrants have to pass to become citizens), and maybe a practical component where you have to demonstrate an ability to correctly interpret the text of a ballot measure.

Of course, considering that the possession of a driver's license doesn't guarantee, or even mildly encourage, good driving habits, one can't hope that licensure would create intelligent voters; still, it does keep the most dangerously ignorant malpractitioners in the passenger seat, and would reduce the disputes raised by the clearly misinformed.

Like when I had to take traffic school for a moving violation a few years ago. At the beginning of the class, the instructor led a round-robin introduction where we told what we were "in for," what violation had landed us in this Piedmont High School math classroom on a Saturday morning. And all of the people in the class claimed they had no idea that the thing they did was illegal (like the girl who pulled a u-turn over a median curb to get a parking space... how could that be illegal?) I knew that what I had done was against the law, and freely admitted it; I was just grateful that I spotted the CHiP in time to slow down... I'd been going over 100mph on a winding country highway, but he only clocked me at 80mph.

But in each of these cases, everybody knew that even though they had been ignorant of that fine point of law, they were still dead to rights or they wouldn't be there. They knew where the law was, and what it said, and they did not dispute the law nor seek to be vindicated by overturning the law... they only protested that ignorance=innocence (which, as all of us who were paying attention in Social Studies know, is not the case).

So, as this issue wends its way toward the US Supreme Court (which is a very scary place for a "moral" issue to be, right now) I will be following its progress. But I have to say, this decision (and you can read the whole thing over here, it's really interesting) has given me renewed faith in our system of government, faith that was seriously shaken by the passage of Prop 8. I am heartened to see that Justice can and will overcome opinions and feelings and moral stances from people who are not even affected by the law that they want to see passed and enforced. Reason finally wins a round! 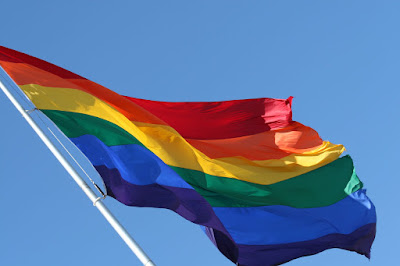 Posted by Robert Manners at 6:47 AM
Email ThisBlogThis!Share to TwitterShare to FacebookShare to Pinterest