Do you ever just get so pissed off by the stupidity of people that mass murder seems kind of an attractive solution? That education and evolution are just too slow, and a .45 to the forehead would be more efficacious? Or is that just me?

Not that I actually believe that, of course... it's just the emotion I feel when I see Glenn Beck trying to co-opt Martin Luther King Jr's name and ideals for his own demagogic ends, or when I hear that people actually believe Rush Limbaugh's rumor-mongering about President Obama being a Muslim, or when somebody quotes Sarah Palin saying anything... I just want to get a gun and start shooting.

Fortunately for the world, I don't know how to operate a gun, and am in fact quite frightened of them. I shot a gun once, aimed a .38 revolver at a row of cans on a fence when I was six or seven; and not only did I miss (I think I hit a tree), the recoil knocked me off my feet. The feeling of the bullet leaving the gun, and the power behind it reverberating through my hand, was terrible, and I still remember it today.

I've picked up a gun once since then, my cop uncle's when he left it in the house and I grabbed it and brought it to him before he got into his car, and I experienced real fear just holding the holstered weapon in my hand... what if I dropped it and it went off? And since then, I've always thought of guns the way I think of snakes... OK from a distance, but I don't want to touch one.

So it's all in my head, this itchy trigger finger. I don't actually believe I could kill a person myself, or even approve of killing a person. I just have this little atavistic response, my ape brain trying to lash out at negative stimuli, completely disconnected from my higher human brain that abhors destruction of any kind.

Well, anyway, that's what's been on my mind this week.

I think the Zoloft is fucking with my sleep, as well as presenting other side-effects (urethral resistance and gas and drowsiness). I've been having a really hard time getting to sleep at night, and an even harder time waking up in the morning, but I wake up two or three times in the night; and sleep-loss really screws up my functionality. I even left the office early on Friday because I couldn't stay awake. So I'm going to stop taking it this week and see if anything changes; if not, I'll talk to my shrink and see what else we can do.

No gym again this week, and I weighed in at 228 this morning. But the walking to and from my distant parking-space every workday has improved my mood and my muscle tone noticeably, so I think I won't put in for the nearby parking space this month... keep schlepping while the weather's nice. And if I get rid of the drowsiness by getting rid of the Zoloft, I might be able to stay awake long enough after work to get a workout in.

Continuing to live in hope! 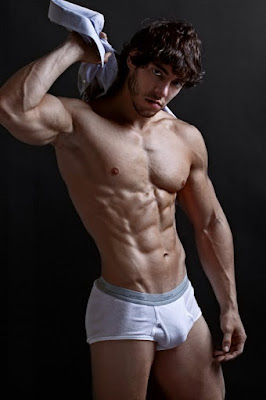 Posted by Robert Manners at 9:34 AM
Email ThisBlogThis!Share to TwitterShare to FacebookShare to Pinterest