The house next door was perfectly quiet for the next few days.  I suppose they were settling in, so there was no coming and going, but there also wasn't any noise. There's about three feet of space between that house and mine, except in the dining-room where the outer walls abut, so there's not usually a lot of noise, not like an apartment or a party-wall kind of arrangement; but still there had always been a low distant sort of lived-in sound when the last owners were there, and when the house was being shown.  Even with my ear pressed against the wall that touched theirs (my head inside my built-in china cabinets) I could hear nothing, no footsteps or voices or music.  It was a little eerie.

I also couldn't see into the house: the front windows had been covered by paper blinds all along, though they'd been kept open during the sale and were now tightly closed; but on the rare occasions that lights came on behind them, there were no shadows cast nor any other signs of life within; and then the back atrium windows had been completely frosted at some point between the sale and the move-in, as all three stories of the thing were now translucent white, though I could see the shadows of plants up against the windows all the way up; The Boy must've done it himself with cut-and-stick film, because there'd been no glass-men in, I'd have noticed.

I was quite dejected, unable to catch sneaky peeks of The Boy at home, from either my back yard or my front window.  And as the days dragged on without a sighting of my obsession, my depression grew.  I worried about him, wondering if he was even in the house still, or if it had all been some sort of mistake— perhaps The Diva had not liked the house and they'd left the same night as they arrived, sometime when I wasn't at the window to see them— and they would disappear to some more stylish neighborhood and put the house back on the market.

Or more optimistically, perhaps The Diva had caught a cold or something and was laid up in bed, The Boy assiduously tending her with pots of tea and bowls of broth.  I just knew it could not be normal for her to stay at home for days on end, women like that are not shut-ins, as a rule.  A woman who wears a Chanel cape and carries a Kelly handbag is not going to be indoors on her duff all day, she has to be out where she can be admired and envied.

It was more likely they were going out late at night, when I wasn't watching.  Though I live in my window most of the day, after dark I tend to back off since I'm visible to passersby—mirrored glass requires it to be brighter outside than inside to work, and with no sun and insufficient streetlights it was the other way around. So I tend not to turn my lights on, and stay on the couch at night, where I can only be seen from the upper windows directly across the street, with my laptop and the television (and the occasional fire on the hearth) the only illumination to betray me.

I did sit at my desk later than usual, watching for my neighbors, but after about eight or nine o'clock, with uncounted strangers staring at me as they walked by, I couldn't stand it and retreated to the couch.  I considered getting some of those DIY security cameras and mounting one outside the bay window, pointing at the house next door as well as one pointed at my front door and up the street in the other direction so it wasn't obvious that I was spying on that particular part of the sidewalk; but I wasn't sure I'd be able to install them and would have to contact strangers to get them set up—and then it would be spying again, tacky tacky tacky, so I dismissed the idea.

My next sighting came from an unexpected quarter: on my usual Thursday afternoon on the lam from my cleaners, immersed in a pile of "Lifestyle" magazines (you know the sort, rich people's decorated homes and rich people's fancy-dressed pastimes and rich people's luxury goods adverts, I'm hopelessly addicted to them and have been since the TV show Lifestyles of the Rich & Famous entranced me as a teenager in the 80s) I found my new neighbors in the new issue of San Francisco Social, snapped at a prestigious fundraiser in the Legion of Honor—one of those dinner and cocktails and silent auction affairs for vague catch-all causes that are so expensive to buy into that only the very rich can be bothered.

The Diva was stunning in a black sheath dress and an Egyptian-style gemstone necklace so vast it really qualified as armor, The Boy standing behind her to one side again and just toothsome in black tie with his hair neatly brushed and gleaming in the darkness. The two-by-two-inch snap was captioned Agatha de Momerie and Tristan Mallow at the Philanthropy Circle Fine Arts Gala.

Tristan.  Tristan!  Trissssssstannnnn— what a beautiful name, and it suited him perfectly.  I wondered that he had a different surname than The Diva (I didn't have the nerve to say her name aloud), perhaps it was his father's name and she went by her maiden name? Or they hadn't been married? Or perhaps he wasn't her son, a nephew or cousin—or maybe not even related to her at all? A secretary or kept boy? It was a tantalizing mystery.

I hit the computer at a run when I got home later that afternoon, Googling Agatha de Momerie and Tristan Mallow to see what I could find out about them.  It should not have surprised me that they had absolutely zero social media presence, The Diva didn't seem the type to post selfies on Instagram or muse over banalities on Twitter or share recipes on Pinterest; The Boy, though, was of an age that he should've been all over the place, but it was fairly likely he used a nom de guerre to mask his identity from stalkers— I mean, who wouldn't want to stalk him?  I don't use my real name, either, I am Charlie Curmudgeon on every single platform, Charles Pugh only to my bank.

I did find some more fundraiser red carpet snaps of them, though, from society pages over the last several years.  They were buried deep, underneath discussions of Dorothy L. Sayers' Murder Must Advertise, a million marshmallow recipes, and how to raise mallow plants (who knew that was a flower? I thought it was a sort of reed), but they were there in the archives of New York Magazine and Town & Country. The Boy must be older than he looks, though, for as old as some of those pictures were, going back as far as ten years—he had to be in his middle to late twenties, or else The Diva had been dragging him around in her wake since he was a child.  A very tall and developed child, as they both looked exactly the same ten years ago as they did at the Fine Arts Gala. That presented a puzzle, but not as tantalizing as the other puzzles, so it slipped my mind.

However, these pictures I could share with my friends online without being a creepy creeper, they were more-or-less public domain and consent had been given. 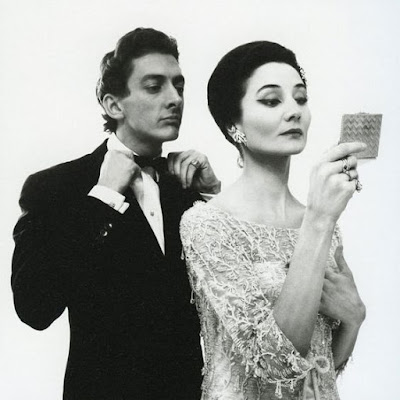 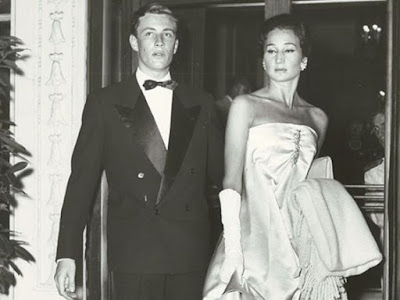 Posted by Robert Manners at 10:14 PM
Email ThisBlogThis!Share to TwitterShare to FacebookShare to Pinterest