A Letter to My Cousin

Following on the issue I discussed in my last post, I sat down and wrote a letter to my cousin, trying to decide while I wrote whether it was worth sending. I decided, after reading my first draft, that it wasn't... it was too strident, too much outrage leaked through; I cleaned it up a little, but it still feels wrong to send it... I have a gut feeling that it would cause more trouble than it could possibly resolve.

But I should consider showing it to Grandmother. I was also inspired to order a book that I've long thought about getting, Daniel Helminiak's What the Bible Really Says About Homosexuality, which I hope will give me some talking points... or which I might even inveigle her to read.

In the meantime, even if I don't send it or give it to Grandmother, it's a pretty lucid and elegant hunk of writing, if I do say so myself; so I set it down here for you (and posterity):

I struggled a great deal with my need to communicate with you on this topic: on the one hand, I feel that there is something to be learned on both sides; on the other hand, I am reluctant to risk any hostility with family, with people I love and respect.

When you told us you belong to Focus on the Family, I was very shocked and hurt. I know that FotF does a lot of good among Christian families with counseling services, but they also do a lot of harm in the world with their stances and activities against gay people. And I believe that this harm outweighs what good they might do, much as the corruption of the Catholic Church outweighs by far any good that it does in its schools and hospitals and community services.

I don't mean to engage in a dispute over whether or not homosexual behavior is a sin; I don't believe it is, but neither do I believe in the incorruptible veracity of the Bible (in fact, I believe that Christ spoke against blind adherence to legalistic scriptures in place of truth revealed in a direct relationship with God) so my arguments there will probably not hold much water with one who does believe in it. However, I was raised in the Church of Christ, so I do know the Bible.

I know that there are a lot of sins in this life, some so easy to commit that you almost don't notice them (lying, gossiping), some so grave that everyone of every culture will agree that they are wrong (theft, murder). Homosexual behavior, as a sin, is somewhere in between these; and I really do think, if it were as grave an offense to God as many people seem to believe, that Jesus would have been directly quoted on the topic, rather than only Paul, that it would have been mentioned more throughout both Testaments, perhaps even been a Commandment.

Perhaps fewer people are likely to commit the sin, thus the fewer mentions; but can it really be worse than adultery, fornication, and other sexual sins? Can it be worse than blasphemy, idolatry, or dishonoring one's parents?

Now, I suppose any Christian would say that adultery and fornication are sinful, yet there is no movement of much size or strength aimed at stopping them or illegalizing them. Jesus is quoted in two Gospels as stating that divorce is wrong, and that to remarry is adultery (Matthew 19, Mark 10); but I don't see any massive Christian movements to overturn divorce laws and forbid remarriage. Many Christians divorce, and a great many of those remarry, and don't seem to think a thing of it; I know several remarried divorcees in our own family who are still considered good Christians.

I believe that some people focus on the sin of homosexuality, and imagine that it is worse than other sins, because it is a sin that they themselves aren't particularly interested in committing. It makes them feel better about the sins they do commit.

Further, I challenge anyone to find a passage in the Bible that states a homosexual orientation is a choice. It does not mention sexual orientations at all, in fact...the behavior, yes, but not the motive. No language of the ancient world had a word for such a thing (the word "homosexual" wasn't even invented until the late 19th century; nobody had ever before considered the motive behind the behavior)... just as they did not have words for cellular mitosis, or neutrons, or photosynthesis. It simply wasn't understood at the time; but that doesn't make it any less real, then or now.

I don't challenge your belief in God, but I challenge your belief in what some people say God wills. When people turn to Leviticus to underline homosexual sin, but in practice ignore pretty much everything else in the book (tattoos, shaving, bearing grudges, etc.), I have to wonder why they focus on only that one sin. I have to wonder why people use those passages to say that God hates homosexuality, but don't seem too bothered about His hatred of cross-breeding livestock or seeing various relatives naked.

While Paul disparaged homosexual behavior in three of the Epistles, he also condemned clinging to Old Testament laws when they cause dissent and turn people away from the Faith. And, as a matter of fact, Paul directed Christians to embrace complete celibacy, and only to marry if they were unable to contain their lust. No sex was called good, it was an animal desire that would take you away from God; but we do not condemn people or call them sick or confused when they cannot refrain from heterosexual activity.

The entire tenor of Biblical attitudes toward sex is that it is purely for procreation and not for our pleasure; yet modern Christian attitudes have leaned toward thinking of sex as something that is perfectly all right, so long as it is within marriage... second and third marriages included, with or without the possibility of procreation.

In Focus on the Family's position on homosexuality, it claims that "Sexuality is a glorious gift from God -- meant to be offered back to Him either in marriage for procreation, union and mutual delight or in celibacy for undivided devotion to Christ"; but I can find no scriptural basis for this attitude of "union and mutual delight": it is modern revisionism.

I challenge the belief that homosexuality is a choice. I ask you: did you have a choice? Did you wonder one day, "Should I be homosexual or heterosexual?" and decide then that heterosexuality was the right choice? Do you know of anyone who made such a choice? So why do you think I had a choice?

Why would anyone think I chose to be part of a reviled and abused minority? Do they suppose I woke up one day and thought that being gay, sacrificing family relationships and losing my religion and exposing myself to the hatred of others, was more fun than being straight?

Do they think I didn't pray to God to take this burden away from me?

I believe that God always answers our prayers; and that many times His answer is "no." Millions of gays have prayed for God to make them straight, and He did not. Is it because we didn't have sufficient faith, not any of us? Or was it because God wants us this way, made us this way, for reasons of His own which we cannot understand?

Whatever you think of homosexuality as a sin, please understand that none of us chose to be gay, any more than you chose not to be. We only chose to embrace what we are rather than hide it. We chose to seek love rather than deny ourselves that comfort forever. Perhaps that makes us sinners, but then everyone is a sinner. Only Christ was without sin.

Please understand that, despite what some people want to believe, homosexuality is an innate and unalterable state: if it were not so, the world would be filled with people who have stopped being gay, people who can testify and prove that God changed them from what they were into something else.

You might find a handful of such claimants, but I doubt their statements would hold up under independent examination. Even Exodus International, the largest and most profitable ex-gay organization in the world, only claims a 1% success rate, and cannot actually produce that 1% for examination by a professional or a panel of disinterested parties. No one has ever put forth a stable and observable group of exclusively homosexually-oriented people who became exclusively heterosexually-oriented.

So why do people insist on believing that we can change if we want, when millions of us have wanted it and tried so hard, but could not change?

I don't understand why people will believe something that can be so easily disproved, why someone would cling to what one psychologist says when thousands of other psychologists say the exact opposite. Do you suppose the overwhelming majority of the psychiatric and medical organizations in the Western world were just buckling under to political pressure, as Dobson says? Political pressure brought to bear by whom? The two percent of the population who are willing to admit that they are gay? That hardly seems likely.

And it's not just numbers that make something right, not just a majority opinion that has created medical and psychiatric policies toward homosexuality: there are studies, thousands of studies, covering decades of meticulous research, that show homosexual orientations are innate and unalterable, and that such orientations are perfectly healthy; we may not know what causes homosexuality, any more than we know what causes a number of observable phenomena, only that it's there and there's nothing inherently wrong with it.

There are no studies, no physical research, no proof either scientific or judicial to show that homosexuality is chosen and changeable: only beliefs and feelings and interpretations of scripture.

If it was about you, your health and your mind, whose statements would you believe? A doctor with the results of scientific research at his fingertips, or a faith healer with beliefs and scriptures?

I notice that people are perfectly happy to believe in science when it gives them light and warmth and medicine; but when it challenges something they thought to be true, which isn't about them and does not give them anything they want for themselves, they say that science and its methods are wrong. Why would you think that extending your life by means of science is good, but that the scientific explanation for anything that you don't already believe is just a lie?

I really don't understand these things. I hope that you can enlighten me.

And I hope you can believe that I mean all of this in love. I do love you very much, I see your faith and your kindness and your good heart; and so I feel it my duty to understand you, even if I can't agree with you. I hope that you can give me the same consideration.

So, what do you think? Worthy of publication? Some of the guys at JUB, when I shared the first draft of the letter, encouraged me to find some very public place to post it, for others to use as talking points or just for their own reference. I can't think where it should go, but I will certainly be considering that possibility. 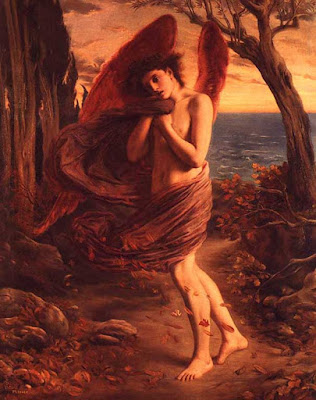 Posted by Robert Manners at 7:49 PM
Email ThisBlogThis!Share to TwitterShare to FacebookShare to Pinterest