None of those things happened. I managed Grandmother's treat, but I was so tired after last weekend's ado that I spent Monday and Tuesday in bed; I actually made my room messier trying to find my credit cards (which I never use) so I could rent a car to take on the trip on Wednesday; Claudius's new tank is still sitting in the living room, empty; and while I was away I didn't have the opportunity to work on Worst Luck because I was too occupied visiting with people... to wander off on my own and bury myself in my laptop would have been rude.

I ate a lot, I drove a lot, I slept badly on strange beds, and I sat listening to people talk about things without being able to say much of anything for rear of upsetting Grandmother by appearing in a "bad light" to her nieces and nephews. But Grandmother loved it so much, it was worth all the discomfort and upset and lost sleep and gained weight.

I'm at the full dose of the Seroquel, and I can't tell if it's just reaction to the weariness that inspired this vacation in the first place, and then having to drive for hours, or if it's the Seroquel, but I have been unnaturally tired all this week. Hopefully it will get better, I plan to start back on my exercise regimen Monday, and I expect that will help.

My mood, though, has been steady and pretty good. I felt terribly depressed this morning, and it lasted for much of the day. But I think it was mostly because of sleeping badly and getting too tired, but partly an emotional reaction to something that one of my cousins said when we were visiting... she said very proudly that she is a huge supporter of Focus on the Family, and I was so upset by that I had to leave the room. I just went to bed, so no scene was made, but it was horribly upsetting to know that someone I love supports a hate group like that.

She's otherwise one of the sweetest, kindest, most warm-hearted people you could ever meet, but she's been sucked into believing in this group because they pretend to espouse her beliefs in Christianity and traditional values. It's so sad, and so infuriating. And I couldn't say anything to anybody about it without making a scene that would hurt Grandmother, and I didn't have anyone else to talk to, so I just stewed on it.

Anyway, I'm considering writing a letter to this cousin to express my pain and anger with her support of an organization that works so hard against me and mine. But it might in the long run make more trouble than it would be worth... I have to think about it. In the meantime, I just have to hang on to the most positive attitudes and happy thoughts. My cousin's ignorance isn't worth making myself sick.

Of course I haven't been to the gym all week. I haven't even walked briskly across a room. Instead I've been laying around all day, eating massive dinners, sitting still in a car, shoving down hamburger lunches on the go... it's no wonder I gained all my recently-lost weight back, and then some: 230 on the scale this morning.

Well, one expects to backslide on vacation. I just have to motivate myself to work a little harder to get back on track, and get back where I was before ces petits vacances. It will all turn out right if I keep at it. 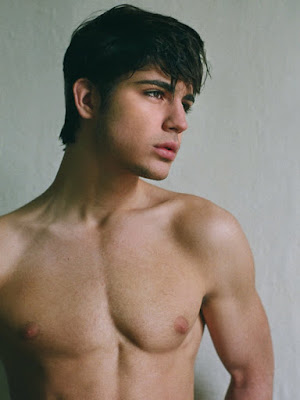 Posted by Robert Manners at 7:48 PM
Email ThisBlogThis!Share to TwitterShare to FacebookShare to Pinterest