I'm actually writing this on Monday morning, as this weekend was a little hectic and I didn't have the time-plus-energy matrix going for me. But I'm backdating the post to Saturday for the sake of feature continuity, so let's just pretend it's Saturday... I feel like it's Saturday, since I got to sleep in late this morning (I'm on vacation, y'know).

I'm now up to the full 75mg dose on the Seroquel, and the mood continues good... for the most part. I have been experiencing a great deal of lethargy ever since I passed the 50mg mark last week; but I think I am adjusting to it, if a bit slowly, and the lethargy was just a reaction that is passing off...I haven't felt the lethargy the last three days. I didn't miss a dose of my Wellbutrin this week, either, though I almost forgot my Saturday dose and didn't take it until mid-afternoon.

On Saturday I was at the Royal Grand Ducal Council Coronation, and I didn't get all fidgetty and anxious being around people as I frequently have in the recent past. I was bored, and disconnected, but not anxious about it. But on Sunday, I was incredibly sad all morning, almost suicidally depressed.

I have a feeling, though, that it was caused by my being bored and disconnected at the Coronation... I was so looking forward to it, and had spent a shitload of money — $240 for the gown, $135 for the wig, $140 for the gloves (you can't get real kidskin 25-inch opera gloves in my size over the counter), and $80 for the shoes... I already had my jewelry, in fact the whole outfit was planned around the necklace Caroline gave me for my Sobriety Birthday in May — and was very excited about how I'd look; but the event itself was a let-down, so it was natural I'd be sadly disappointed.

Even though I saw in the mirrors that I looked as great as I thought I would, despite careful planning I left my camera at home and couldn't take any pictures of how I looked; and then the Coronation was so unexciting, and I was feeling lonely because I'd arrived alone and didn't have anyone to hang out with, and I ended up talking to a number of rather unpleasant people during the course of the evening, politeness riveting me to their unpleasant conversations when I'd rather have fled.

And while a lot of people complimented me on the wig (which was utterly towering), nobody said anything about the dress or the gloves or the necklace... though I don't like to make myself a slave to other people's opinions, a few compliments on something you planned very carefully and spent a lot of money on makes you feel a lot better about the time and money spent on what is really a meaningless frivolity.

So I think Sunday was just a reaction, an overmagnified reaction perhaps, but not my brain-chemistry making up emotions I didn't really feel (as it used to do). Anyway, I felt better by that afternoon, so it turned out OK. And I did get my picture taken, by a professional even, I just haven't got copies yet; but to tide us over, you can see me in this wide shot — looking like a behemoth next to the petite (though technically average height for a barefoot man) Grand Duchess XVI Satine Fabrique — taken by Rich Stadtmiller during the crowning ceremony: That's our new Royal Grand Duke XIX Jim Hall and Royal Grand Duchess XIX Lady Cranberry receiving the bling lids. Congratulations to them! I hope that my new medication will make it possible for me to take part in this XIXth Reign, as I was unable to do in the XVIIIth Reign. I miss feeling a part of something, and I think it was this being almost completely uninvolved all year (I only attended SF Imperial and Ducal Coronations with the Court, I didn't come to a single RGDC event of this reign except Investitures) that created my feeling of boredom and disconnection Saturday night.

I am conflating the two because there's nothing to report. I didn't go to the gym at all last week, I was too busy at work and didn't get out of the office before 6 any evening; I was prepping myself for a week's vacation by getting as caught-up on my work as I possibly could, and a little bit ahead wherever possible (that's the terrible trap of a week's vacation: you still have to do a week's worth of work, but before and after, rather than during, that week). The lethargy I mentioned earlier also contributed to this gym-delinquency, even when I had time to go, I felt so heavy I didn't think I could hoist myself onto a treadmill. But my weight did not change, it was still 224 on Saturday morning... okay, it was 224 point five, but a half a pound isn't enough to call it backsliding.

So until next week, à bientôt! 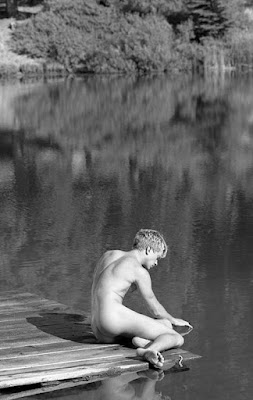 Posted by Robert Manners at 11:10 AM
Email ThisBlogThis!Share to TwitterShare to FacebookShare to Pinterest