In general, this week has been quite nice. I plan to write about some of it later, but in the meantime, for posterity, here's the weekly rundown:

Tonight is the final 50mg dose of Seroquel, earlier in the week it was 37 mg and tomorrow I start the 67mg; plus the three hundred of Wellbutrin, I didn't forget a dose all week. In general, my mood has been good, and my energy levels OK.

On Monday, I had a bit of an anxiety attack... but I think it was purely based in stress: I got too tired, and did too much work. See, after knocking myself out to put on a little Fourth of July celebration for Grandmother, Caroline and myself on Sunday, I had to turn around and do it again on Monday for us and my aunt and uncle. I didn't mind that, in fact it was fun except for having to go out to the store again for more supplies and then Grandmother and I almost came to blows over the ice cream churn (another one of those moments where she treats me as if I'm an idiot, which drives me mad, even though all she's really doing is trying to stay involved in household activities). But the anxiety passed by the time I finished the cooking and was able to relax (I hate grilling, by the way, it never turns out right, the coals are either too cold or too hot, and the food always tastes dirty).

Tuesday, back at work, I felt reasonbly OK but very sluggish... "logey" is, I think, the mot juste... and even moreso on Wednesday; it occurred to me that I'd been getting seven hours of sleep every night for the last several nights, and decided that was the problem. So on Wednesday night I went to bed at eight with an assist from Advil PM, slept for almost nine hours, and then felt pretty good all Thursday... until about four when I started feeling logey again but not too badly. But I have been getting at least eight hours every night since then, and my mood hasn't faltered.

I didn't go to the gym on Monday, but I did a bit of cardio at home with the cooking (making custard is hard) and grilling and scrubbing the deck chairs and running around buying more hamburger meat and buns for our "Second Fourth." Tuesday I did thirty minutes on the treadmill at 3.8 mph, sweated a lot; Wednesday I couldn't get on a treadmill because of the crowd, so settled for twenty minutes (when people are waiting, you only get twenty) on the elliptical but bumped the resistance level up to 5 and felt fairly comfortable with it.

On Thursday, I forgot to pack my gym shoes in my bag; I suppose I could have worn my work shoes, which look more or less like sneakers but aren't as squishy inside and so would be less comfortable... and I was tired, anyway, so I went home. On Friday I did thirty minutes on the treadmill again, but bumped the mph up to 4 and had a pretty good time. Today I did a lot of walking around, but nothing approaching a cardio workout.

I weighed 227 on the scale this morning, up two pounds from last week. But the treadmill is higher impact than the elliptical so I'm claiming some of that as muscle gain; I'm also constipated and haven't had a proper crap in a few days; plus I had on clothes (t-shirt and shorts). That's why I gained weight, it has nothing to do with slightly-starchier-than-necessary-but-oh-so-yummy lunches, nor with skipping the gym twice... that's my story and I'm sticking to it.

[Later Edit: I took a laxative on Sunday morning and enjoyed three subsequent and lengthy trips to the crapper... pardon the TMI; I got on the scale this morning, still with shorts and a shirt on, to greet 224 as my base weight for the week, down one pound from last week.] 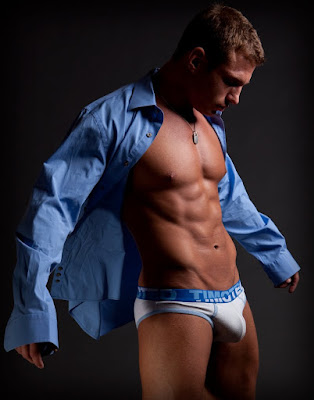 Posted by Robert Manners at 9:35 PM
Email ThisBlogThis!Share to TwitterShare to FacebookShare to Pinterest